The Trump administration thinks a security-first approach will effectively address the root causes of migration from the region. Think again.

A mother and a daughter. I can’t use their real names. I can’t show their faces.

That’s because Maria del Carmen Gonzalez was fleeing danger. Not just something—someone. “We left Honduras because our son and nephew were being pressured to join a gang to sell drugs in high school,” she says.

Back home, she and her husband sold clothes and shoes from their small business. It was anything but business as usual—narco-traffickers took a third of their income each week, she told Oxfam. If the couple didn’t pay up, they threatened to kidnap and ransom the children.

It was all too much. And so they left. She found out the extortionists, angry, looted her shop and home after learning they had fled.

What would await them if they ever went back?

A Recipe for Failure

Weeks ago, Secretary of Homeland Security Kirstjen Nielsen went to El Salvador to try to put together a “regional compact” to address what the Trump administration calls “irregular migration” by families like Maria’s and the formation of migrant caravans.

That plan could have addressed the leading drivers of migration from Central America: violence, poverty and food insecurity, and corruption and inequality.

Instead, her joint statement with security ministers in San Salvador was a predictable nod to law and order—the makings of a foolhardy strategy to stem the flow of migrants to the US. It suggested a “final compact” between the US and governments in Central America would have four areas of focus:

If that sounds familiar, it is. Add to that the ramifications of existing policies that require asylum seekers to “remain in Mexico” until their case is heard and you know all you need to know: This administration’s foreign policy toward some of its closest southern neighbors is myopic, heartless, and counterproductive.

Be Human (and Smart)

Better information-sharing, law enforcement cooperation, and public messaging to deal with migration from Central America are welcome, but aren’t enough.

Many families tell Oxfam they left because they feared for their lives and lacked access to economic opportunity. High rates of violence targeting women in El Salvador mean a woman is murdered every 19 hours. Nearly 80 percent of the Honduran people live in poverty and less than one percent of the country’s mining revenues benefit communities affected by these extractive industries. Drought conditions along the region’s “Dry Corridor” for the last five years have reduced food production for small-scale farmers, contributing to a significant uptick in migration to the US.

Rather than demonizing and criminalizing those fleeing violence and instability, the US should:

On the first International Women’s Day, more than a century ago, one million women and men in five countries took to the streets to rally for women’s economic, social, and political rights. Their efforts helped women secure the right to vote and make other important gains in the fight for equality.

This International Women’s Day, we have chosen to honor and advocate for the rights of women–especially women like Maria from Central America. Our policymakers should invest in programs that address the root causes of forced migration from the region while protecting the right to seek asylum and foster a humane asylum process.

Those are the foundations for an effective “regional compact” that the Trump administration should put forth next month to help Maria and her daughter return home safely. Otherwise, the cycle of migration will only continue and the problem will never be solved. 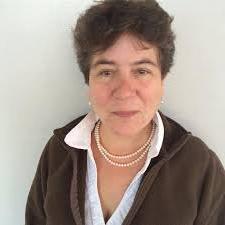