Mining often sets up a direct competition with small-scale agriculture for control of land.

“Si a la vida, no a la mina” (Yes to life, no to the mine) is a rallying cry heard across many parts of rural Latin America these days. Mining, as well as oil and gas extraction, has exploded across the region in the last decade, driven by high prices for gold and industrial metals like copper that are needed primarily to feed the Chinese economy. This boom has also been experienced in Africa and Asia, where governments have sought to exploit their resource endowments to drive development. Fragile states like Sudan, Burma and Afghanistan have also begun to develop their mining sectors. The expanding mining sector has contributed to strong economic growth in some countries but has also generated social conflicts in rural areas that must be urgently addressed.

The heart of the issue is that mining activity has come into direct competition with another predominant means of economic development in rural areas: small-scale agriculture. Tensions over control of land and, most importantly, water have led to community protests and violent conflict. Reconciling these two important development drivers has become a critical governance issue, particularly in the most fragile states where the conflicts between the two can often be seen most starkly.

In theory, both mining and agriculture can provide pathways out of poverty. The World Bank and development-focused academic researchers have emphasized the critical role of agriculture in promoting rural development. (Three-quarters of the world’s poor live in rural areas.) Agriculture provides direct benefits to those who engage in it. Farmers receive payments for crops they produce, which they can then use to invest in future production and to pay for their families’ basic needs. Mining can also play a role in promoting development, although more indirectly, by generating revenues for governments. Governments can use taxes and royalties paid by mining companies for infrastructure investments and other productive purposes. Mining companies also pay for community development programs, build schools and roads, and make other investments.

Unfortunately, the compatibility of these two development paths, which tend to take place in the same rural areas, is at best questionable. Mining generates significant “externalities,” e.g. water pollution, that can have a direct impact on agricultural production. These negative impacts can be permanent and render previously fertile agricultural land unusable. Mining also requires large amounts of land that could otherwise be used for agricultural production. This sets up a direct competition with small-scale agriculture for control and use of land. In some countries such as Ghana, farmers displaced by mining projects turn to small-scale mining as a replacement livelihood. This can perpetuate a cycle of poverty and conflict in which these farmers-turned-miners are forcibly evicted and beaten by police for coming onto land claimed by large-scale mining projects.

Mining companies argue that mining and agriculture are not necessarily incompatible. But there are few examples of where this has been the case, particularly in developing countries, where oversight of the mining industry is often very weak. Finding ways to reconcile these two economic activities is urgently needed to reduce conflicts and ensure that mining’s benefits contribute to long-term sustainable development in rural economies.

Governments and companies should take specific steps now to address this situation. First, the environmental impact assessment process for mining projects needs to be significantly strengthened and made more independent. At present, governments rely on information provided by companies, which is most often not reviewed by an independent third-party. Companies thus have an incentive to downplay potential impacts of their operations on land and water in agricultural areas. In countries such as Peru, local agricultural communities’ lack of confidence in these environmental reviews contributes to anxieties about the impacts of mining, which in turn contributes to conflict. Additionally, mining is increasingly done in “clusters,” meaning several mines operate in the same geographic area in order to take advantage of shared infrastructure and processing facilities. The cumulative impacts on land and water of several mines operating in the same area have not been thoroughly examined. The use of what are known as “strategic” environmental impact assessments, which take into account these cumulative impacts, would be an important step to increasing communities’ confidence.

Improved planning on how land will be used is another crucial step that governments should take. Mining concessions are often awarded without consideration for impacts on agricultural production. Later this year Oxfam America will publish research that shows graphically how mining and oil concessions have expanded dramatically in recent years in agriculturally productive areas of Peru and Ghana. Zoning land for particular uses, e.g. mining or agriculture, would help reduce conflict by establishing clear rules for how land will be used. Greater dialogue between the mining and agricultural sectors would be helpful. In Peru recently, the mining and agriculture ministries have signed a cooperation agreement. This is potentially a positive, although overdue, step.

Reconciling mining with agriculture in developing countries, particularly in the most fragile states, won’t be easy. It may ultimately require the admission that the two simply are incompatible over the long-term in particular areas. What is clear is that these discussions are urgently needed now so that conflict and violence produced by the juxtaposition of these two sectors diminishes and that countries can benefit from both their above-and below-the-ground resources.

This post originally appeared on the blog of the US Institute of Peace’s International Network for Economics and Conflict. 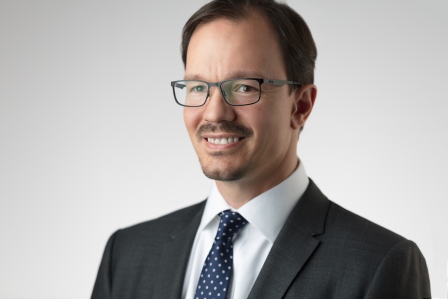