To what extent is the resource curse, or the “paradox of plenty,” occurring across the African continent? Countries and regions with an abundance of natural resources, specifically non-renewable resources like minerals and fuels, tend to have less economic growth and worse development outcomes.

Oxfam Ambassador Anquan Boldin was among the four witnesses to offer their views to Congress on how countries’ discovery of oil, minerals and other natural resources can exacerbate poor governance and corruption, thereby denying the economic benefits of mining across populations. He was joined in the hearing by Mohammed Amin Adam, Executive Director of the Africa Centre for Energy Policy in Ghana, Tutu Alicante Leon, Executive Director of Equatorial Guinea Justice, and Corinna Gilfillan, Director of Global Witness in the US.

Their responses to the question, “Is there an African resource curse?” are taken below from their testimonies. (Watch a video of the witness responses to questions from the committee below. You can see an archive video of the entire hearing here.)

“Sadly, the community of Sabodala [in eastern Senegal, which Boldin visited earlier this year] and many others like it throughout West Africa, has been directly and severely impacted by large scale gold-mining operationsin their backyards. Just a few years ago the people of Sabodala farmed their land and rarely worried about whether they would have enough food to feed their families… All that changed a few years ago. When the land they farmed was sold out from under them to a large mining company the community, which had been farming the same land for generations, suddenly had nothing.

“The negotiations that led to the rapid allocation of oil blocks and swift oil production in Equatorial Guinea [in 1994] were all carried out in secret. The contracts that crystalized those negotiations were signed covertly and remained, to this day, undisclosed to the people of Equatorial Guinea. This secrecy extends to all institutions of the state, Parliament, relevant government agencies, and state-controlled media. Essentially, the people of Equatorial Guinea, and those ostensibly elected to represent them, are systematically stripped of the chance to know about, opine, or even defend their economic, political, or environmental rights and/or interests. How could such an oppressive regime—now the oldest in Africa—stay in power? The answer is oil money.” Read more of Tutu Alicante Leon’s testimony here.

“At the height of the global financial and economic crises in 2007, Ghana discovered oil and gas.  To date, 23 oil discoveries have been made in Ghana, giving the country an exploratory success rate of about 78%, one of the highest in the world…In spite of these developments, the cost of mining to [Ghana] has been too high – destruction of the environment, human rights abuses, displacement of communities and low compensations to affected communities…illegal mining has brought untold stories about the further devastation of communities, land and water bodies.” Read more of Mohammed Amin Adam’s testimony here.

“In 2010, the value of exports of oil and minerals from Africa was worth $333 billion, about six times the value of exported agricultural products ($55 billion) and nearly seven times the value of international aid ($48 billion). Such resource wealth has the potential to lift many of the world’s poorest out of…yet due to weak governance and corruption, natural resource revenues don’t always reach government accounts and are looted by the very politicians entrusted with developing their country’s economy. In fact, we have seen that resource exploitation entrenches and exacerbates poor governance, lack of accountability and corruption and contributes to stagnating economies while undermining development.”

“The encouraging news is that we are entering a new era of transparency that has the real potential to bring greater accountability in the management of natural resource revenues. The passage of mandatory reporting requirements for extractive industry transparency in the U.S. and Europe and the development of other transparency initiatives are helping to lift the veil of secrecy around the extractives sector. The U.S. government, African governments, civil society and extractive companies have an important role to play in reversing the trend so that natural resource revenues are harnessed for development and poverty alleviation.” Read more of Corinna Gilfillan’s testimony here, including her recommendations on five ways the US government can provide leadership to tackle the resource curse.

You can support communities’ right to decide about oil, gas, and mining development, and right to know about its impacts, by following the Right to Know, Right to Decide page on Facebook.

Click here to learn more about Oxfam America’s work on the oil, gas, and mining industries around the world. 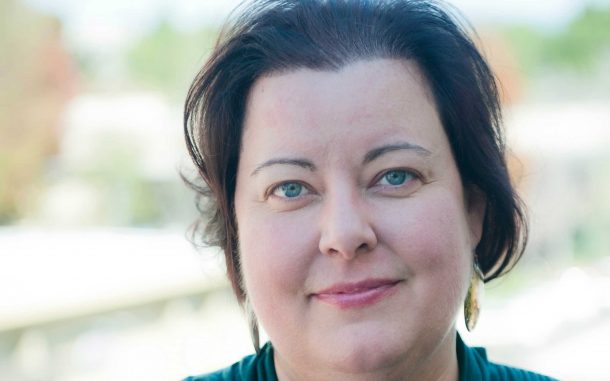