Hardworking Americans need champions in Congress that will fight once again for a higher minimum wage.

Thousands of fast food workers took to the streets in over 150 cities across the country last week to raise attention to the challenges of getting by on poverty-level wages at a time of record corporate profits. Protesting were mothers and fathers who struggle to support small children on wages of $8 or $9 dollars an hour, who can’t afford even life’s basic essentials.

The rise of low wage work in America, where many of our fastest growing occupations pay below $10 an hour, has captured new attention. Yet, as Congress returns to Washington this week, the issue of raising the federal minimum wage, despite its popularity with voters, remains stuck in partisan gridlock likely barring any meaningful action until after the 2014 election.

But this is no reason to abandon the cause. If history is any guide, Congress can and will raise the federal minimum wage – it is just a matter of when and how.

The cycle of debate and cooperation across the aisle

Its may seem hard to recall, but since 1938 raising the federal minimum wage has actually been a surprising source of rather regular cooperation between Democrats and Republicans throughout history. Large bipartisan majorities across nine sessions of Congress (in chambers controlled by both Democrats and Republicans) have worked with every elected President of the United States (with the exception of President Reagan) to ensure Americans who worked hard could make enough income to provide for themselves and their families, and keep up with the rising cost of living.

That works out to passing a minimum wage increase every 7.5 years. So why the regular increases?

Every year the Congress fails to raise the wage, working families feel the pain of the rising costs of life’s essentials. Eventually these challenges become so great, workers start to make their voices heard. Sure there is always a strong debate. Again and again, we see on one side workers and their supporters, including business leaders who value their employees as an important to their success and the broader economy, arguing for a minimum wage that supports self-sufficiency. On the other side are special interest groups and low wage corporations arguing that wage increase will lead to job loss (a claim numerous economists continue to debunk). But in the end, history shows that Congress and the White House have always eventually done the responsible thing for the American people – raising the federal minimum wage.

The idea of poverty-wage jobs has never been very popular in America. The American people have consistently shown strong support for a reasonable minimum wage, regardless of political identification:

Today national surveys show between 70-80 percent of Americans favor a minimum wage increase. That’s about as popular as apple pie (81%), baseball (67%) and kittens (76%).

Why such strong support? Well as Oxfam’s recent report shows, the minimum wage has enormous bi-partisan benefits touching over 25 million Americans – women and men in red states and blue states, Democratic and Republican Congressional districts, rural and urban areas. Across the country that’s more than 54,000 workers on average in each Congressional District who would benefit from a higher minimum wage.

Minimum wage increase coming back around

Well it has been more than seven years since the last minimum wage increase was passed. Since Congress last acted, the cost of life’s essentials have all increase dramatically: the cost of groceries for a family of four has shot up 25 percent, a gallon of gasoline costs a dollar more, and tuition at the average community college has risen almost 40 percent. But the minimum wage stays stuck at $7.25.

The issue of a ensuring a minimum wage that keeps families out of poverty has seen strong bipartisan support throughout history, but still needs broader support in today’s Congress to become law. The Fair Minimum Wage Act, introduced by Senator Tom Harkin (D-IA) and Rep. George Miller (D-CA) would address this challenge by gradually increasing the minimum to $10.10 and then indexing that value to inflation, to finally help workers at the bottom of the pay scale keep up with the economy.

It’s been seven years, and its time for Congress to stand on the right side of history. 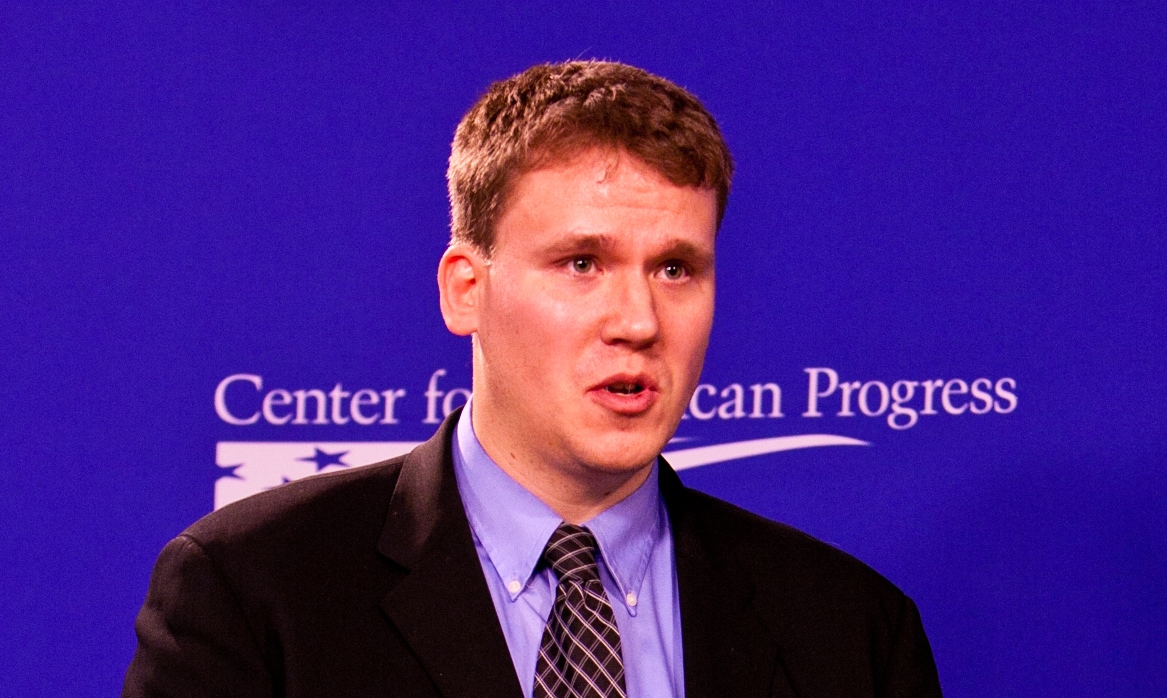 Jeffrey Buchanan is the senior domestic policy advisor at Oxfam America. He is the author of a number of reports and commentaries on disaster resilience, coastal restoration, and domestic poverty. Prior to joining Oxfam, Jeffrey worked with the Robert F. Kennedy Center for Human Rights on issues of recovery post-Hurricane Katrina and a range of global human rights issues.

See how many hardworking, low-wage workers in each congressional district.