For years, the IMF promoted policies to countries that worsened economic inequality. These increases, the Fund claimed, were an unfortunate trade-off to achieving greater economic growth.

Thankfully, the IMF now concedes the ‘equity/growth’ trade off is flawed. Indeed, the IMF has turned around sharply on inequality. These days it is claiming that tackling inequality is critical to its mandate of ensuring global economic stability and growth. The Fund arrived at this conclusion through its own research and analysis, and civil society’s longstanding critique of its policies. Yet, while the Fund is saying the right things on inequality, its policy advice fails to match its research and rhetoric.

For Oxfam, it has been thrilling to watch the IMF’s research dispel many ‘inequality myths.’ For instance, IMF researchers put to bed the so-called trade-off between growth and equity with work finding that inequality, in fact, harms growth. And high levels of gender inequality in the economy make the damaging effects on growth even worse. Likewise, redistribution (once thought to be a drag on growth) has pretty benign effects; and since it reduces inequality, it is instead pro-growth.

Equally thrilling is Christine Lagarde’s regular mention of Oxfam’s inequality research in her public statements. Lagarde is an important champion for the IMF’s inequality agenda. Last week, she reminded a Harvard audience that excessive inequality hinders growth and hollows out a country’s economic foundation.

Of course, Oxfam believes there are many other reasons to address inequality beyond growth concerns. Inequality causes poverty to reduce more slowly. Through no fault of their own, poor kids face dismal opportunities in unequal societies. Also, inequality has a toxic effect on democracy.

Given our broad concerns about inequality, what the IMF does and says matters a great deal to Oxfam. The IMF’s influence and reach extends to shaping the contours of the global economy. At the national level, its policy advice impacts who becomes economic winners and losers.

Since the Fund now claims inequality is crucial to its mandate, Oxfam set out to understand how inequality is becoming operationalized in its work.

The answer, so far, is a series of ‘inequality pilots.’ These pilots integrate inequality into several of the Fund’s regular Article IV consultations – the Fund’s annual country surveillance exercises done in consultation with member countries and stakeholders. Intrigued, we decided to dig deeper and see what these pilots were about.

In a report launched this week called Great Expectations, Oxfam assesses fifteen of the Article IV inequality pilots conducted by the IMF. We find that, despite some improvements, the IMF is still failing to provide policy advice to countries that can help reduce inequality.

Here are our key findings:

Overall, the pilots are a step toward integrating inequality in the IMF’s policy advice. But they are a small step, and fail to provide comprehensive advice to countries on how to tackle inequality.

This week, the IMF put forward a new edition of its biannual Fiscal Monitor, in which it recommends countries to tax the rich more, increase public investment in health and education as a solution to inequality, and consider introducing a universal basic income. This is a welcome example of a high profile publication which can significantly contribute to shape the global debate on inequality. But it is time for the IMF to cast its influence well beyond words into policies and programs. A far more radical overhaul is needed in the way it does business. We urge the institution to take the bold steps which could concretely make a difference in the global fight against excessive inequality. 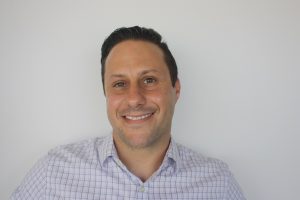