How a new proposed rule would deepen corporate impunity and accelerate the climate crisis.

In December, President Trump’s US Securities and Exchange Commission (SEC) proposed a dangerous rule change. If passed, it would gut the ability of small investors to file shareholder resolutions—the kinds of proposals that Oxfam has used to challenge corporations to pay their fair share of taxes, clean up their supply chains, and demand climate action.

The move is yet another example of the current administration’s efforts to sacrifice the average American at the corporate altar. As Josh Zinner, the CEO of the Interfaith Center on Corporate Responsibility, notes, the SEC has essentially “bow[ed] to the Trump deregulatory agenda and deal[t] a serious blow to corporate accountability structures meant to serve investors and society at large.”

Not all hope is lost, however. The SEC still has to vote on the rules, which is why we are urging anyone concerned about sustainability in the private sector to reach out to the SEC—which you can do by signing your name onto a comment letter here—and their members of Congress to urge that these revisions do not pass.

For decades, any investor who owns $2,000 in a publicly traded company has enjoyed the right to file a shareholder resolution to improve how a company does its work. While only some of these resolutions pass, they always spark meaningful dialogue between a company’s leadership and its stakeholders, generating important positive outcomes.

Examples include Exxon’s decision to publish a report on its climate impacts; Pepsi’s commitment to zero-tolerance for land grabs in its supply chain, and Sanderson Farms’ decision to stop administering antibiotics to their chickens. As shareholders ourselves, we have also filed resolutions with companies like Amazon and Johnson & Johnson to provoke vital discussions about forced labor, gender and racial diversity, and balancing short-term profit with long-term financial stability.

But here’s how the new SEC rule would marginalize small investors like Oxfam that champion sustainability:

So what’s the practical effect of these changes?

First, they strip vulnerable communities and the organizations seeking to help them from accessing a critical tool for corporate accountability. This leaves many exposed to the fallout from actions aimed at cutting short-term costs, like dumping toxins into rivers, abusing factory workers, or pricing life-saving pharmaceuticals at exorbitant costs. Nearly half of all 2019 shareholder resolutions were withdrawn as a result of productive dialogue between stakeholders and companies, underscoring how much positive impact such proposals generate for affected communities.

Second, the changes punish investors, undermining shareholders’ ability to guide companies toward policies that build long-term value. They likewise make it difficult to mitigate the risk of investing into companies with poor human rights and environmental records. Because poor environmental, social, and governance (ESG) performance often translates into significant reputational or legal costs, investors have a vested interest in owning ethical companies.

Finally, even companies lose because of this rule. Strengthening ESG policies correlates with improved long-term financial outcomes. This holds especially true with environmental policies: businesses that improve climate disclosure following shareholder engagement increase the company’s market valuation.  Executives that truly care about their company’s long-term growth should be strongly opposed to this rule.

Join with Oxfam to fight back

We at Oxfam are joining shareholder rights allies to fight back. We are submitting comments to the SEC, reaching out to Congressional leaders, and developing new tools, like the Investor Rights Forum website, to raise public awareness about these threats.

Should the proposed comments pass, we may just have to sue. That’s because the implications for corporate accountability, and in turn for communities vulnerable to corporate misconduct, are just too dangerous.

Will you join us? Speak up and sign the comment letter to let the SEC and members of Congress know that you are against razing investor rights. 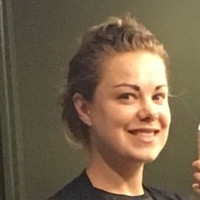 Diana Kearney is a Legal and Shareholder Advocacy Advisor at Oxfam America.