A few suggested talking points for his trip.

If you haven’t noticed, there’s been a lot going on (Iran, Iran, Iran!) and President Obama has been pretty busy.

Today, he shifts gears as he undertakes perhaps his last trip to the African continent as President, with a stop in his father’s homeland of Kenya and the seat of the African Union in Addis Ababa, Ethiopia.

While Africa’s challenges don’t get a whole lot of attention in DC, they have the potential to impact a lot of people.  Close to a billion people live in Sub-Saharan Africa, and about half live on less than $1.25 per day. There have been many gains and there is huge emerging potential in Africa, with a number of African countries posting some of the worlds’ highest economic growth rates. The US can play a huge role both in supporting and contributing to prosperity in Africa, and helping Africans make sure that new found wealth is shared fairly.

Surely, given the importance of the trip, his hard-working advisors have prepared plenty of briefing materials for him. But when does he have time to read it all? Just in case it’s helpful, we offer him a little cheat sheet on a number of issues that are likely to come up, and a few suggested talking points:

In many African countries, human rights defenders face threats to their safety on a daily basis. Kenya, in particular, is torn between the bold and progressive vision espoused in its 2010 Constitution and recent efforts to constrain the voice and activities of non-governmental organizations. Activists have increasingly faced harassment and intimidation by security forces and their work has increasingly been criminalized.

By ensuring all citizens in the region have a voice in public discourse, an emboldened civil society will help prevent the rise of violent extremism and help usher in the equitably shared benefits of a growing economy.

The Kenyan people should reject restrictive legislation that infringes upon civic space, freedoms of expression, assembly and association. Ethiopian leaders must address recent infringements upon civil society space and freedoms of expression, assembly and association. All governments must respect and defend the rights of civil society leaders, and I pledge my personal support to these courageous activists.

An estimated 4.6 million people are severely hungry across South Sudan. The conflict there has forced hundreds of thousands of people from their homes, forcing them to abandon their farms and livestock, and preventing them from planting the next season’s crops. Sadly, donor fatigue and political frustration with South Sudan’s leaders has set in. Delivering humanitarian assistance in South Sudan is incredibly challenging and expensive. With rainy season currently underway, roads are cut off and nearly all aid must be flown in. To make things worse, aid workers have been abducted, harassed, and detained. East African leaders, as South Sudan’s neighbors and regional power-brokers, are key figures in the international effort to bring peace and relief to South Sudan’s people.

I urge regional leaders to join me today in a unified push for peace in South Sudan. The ongoing conflict threatens millions of lives and we must end it.

I also urge the warring parties to ensure freedom of movement for civilians seeking assistance and the aid workers who seek to help them.

I would also like to acknowledge the willingness of the people of Kenya and Ethiopia, despite their own difficulties, to accept hundreds of thousands of refugees under extremely difficult conditions. The American people join you in the hope that they will be able to safely and voluntarily return home soon, or otherwise make important contributions to the economies and societies of their adopted countries.

Background: We are at a critical moment in the UN climate negotiations as co-chairs of the UNFCCC process will be consolidating the negotiating text towards the end of this month. Much work still needs to be done in drafting a package for a global agreement in Paris in December that will address the increasingly severe impacts of climate change on vulnerable communities. At the same time, energy poverty is a major development challenge for Africa’s poor, including millions in Ethiopia and Kenya. Nearly 600 million people in sub-Saharan Africa live without consistent and predictable access to electricity.

Poor people here in Africa are on the frontlines of the negative impacts of climate change. We – rich or poor, American or African, must prioritize the needs of the people on the front lines, and make sure they have the resources they need to adapt and thrive in a changing climate.

And while we seek to catalyze energy development, we must be forward-looking and ensure that we prioritize investments that benefit the poor, and at the same time, does not lock Africa into the antiquated and damaging energy technologies that got us all in trouble in the first place.

Africa loses US$50 billion every year to illicit financial flows, partly due to loopholes in international tax cooperation – two-thirds of which originate in the extractive industries. For every $1 of aid received on the continent, $10 is lost to illicit flows. This massive outflow of resources calls for bold, decisive actions to stop the hemorrhaging.

Today in Addis, I announce a new partnership with the African Union to develop concrete measures to tackle illicit financial flows from Africa, in continuation of the initial discussions during the first US-Africa Leaders’ Summit last August.

As a concrete first step, I commit to use the full force of my office to fight to pass the Incorporation Transparency and Law Enforcement Assistance Act through Congress back home in Washington. This bipartisan bill will help prevent criminals, terrorists and other nefarious enterprises from using anonymous shell companies to foment corruption, violent extremism and other dangerous activities that rob African treasuries of vital resources, and harm Americans and Africans alike.

In March, the World Bank calculated that 10 Africans own more wealth than half the continent. Reforming corporate tax rules so that African governments can claim the money owed to their treasuries is critical if Africa is to tackle extreme poverty and inequality, and continue its economic rise. But African countries are at the sharp end of a broken international tax system that encourages a ‘race to the bottom’ and lets billions of dollars leak out because of tax dodging by multinational companies and other illicit financial flows. Oxfam recently calculated that companies and investors based in G7 countries cheated Africa out of an estimated $6 billion in 2010 through just one practice called trade mispricing, where a company artificially sets the prices for goods or services sold between its subsidiaries to avoid taxation.

Extreme economic inequality has exploded in the last 30 years, making it one of the biggest economic, social and political challenges of our time. It perpetuates the poverty trap and hinders economic growth.

We can fight inequality by helping African countries invest in their own people, in education and healthcare. While last week’s Financing for Development conference in Addis made some small steps forward, there’s still so much more we can do to establish a fair and equitable global system of tax rules that addresses this structural injustice.

My administration will see to it that the days of US policies facilitating tax evasion and avoidance in Africa are over. We will support country-by-country tax reporting and the exchange of information between tax agencies around the world. 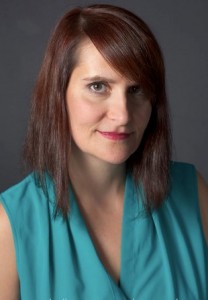 Laura Rusu is the Policy and Campaigns Media Manager at Oxfam America.