A glimpse into how Zambia’s tax authority is making sure corporate investors pay their fair share.

This post was co-authored by Tatu Ilunga, Senior Policy Advisor on Tax for Oxfam America’s Extractive Industries Team. The interview was edited for length and clarity.

For many developing countries foreign aid makes up an increasingly shrinking portion of their budget, which means funds from things like tax collection and foreign direct investment are gaining importance in the fight against poverty. In countries like Zambia where natural resources such as copper are a large source of investment, Oxfam is working with governments and civil society organizations to make sure companies are paying their fair share of taxes and thus contributing to the communities they’re profiting from.

To get a better understanding of how this work is happening in developing countries and the challenges they are facing, as well as the role of foreign in aid in addressing these challenges, we sat down with Saviour Simwanza, who leads the donor-supported Mineral Value Chain Monitoring project in Zambia’s Revenue Authority to improve the country’s ability to collect tax revenue from the mining companies operating within their borders.

What are the objectives of the Mineral Value Chain Monitoring Project? Why is it important for the Government of Zambia?

It has been a challenge for us to verify the amount of minerals that are produced and exported outside of the country because monitoring has been totally manual, meaning the mining companies have had to feed in via a paper report and then submit it to the Ministry of Mines. And the challenges with this system of course is that there are issues of miscounting, issues of some reports going missing, so I think with those challenges in place and obviously the need by government to have accurate production figures which can then be published as national statistics and used for correct tax assessments, that initiative was born.

This initiative is trying to create a system. This system is basically an electronic system to be able to monitor the mining industry. We want to create two (2) major modules among others within the same system. (i) for the reporting of mineral production and another to be used for applying and issuing of mineral export permits such that once an export permit is issued we will be able to monitor how it is being used. In the past that was a paper-based format which we sent to the relevant authorities, they would approve it, and the mine was issued a certificate. The mine would then be able to make photocopies because any minerals that are going out of the country should have that as an accompanying document. So you will agree with me that there has been a challenge for Customs and other authorities along the way to ensure this is actually a valid document, because since it is a paper-based document it can actually be forged. And no one was able to reconcile to see if the same export has happened at another border. So those are some of the issues that we’ve had happening, and we’re trying to see if we can bring an end to that.

Is this a government project? Are you working with other organizations?

We call it a government project, the Revenue Authority has simply been atsked  to spearheading the implementation. It is not our project alone. We’re working with six other government institutions, because we want to make use of other capacities that we have within government. They help us monitor the whole value chain. We are looking at institutions like the Patents and Companies Registration Agency, because we also want to ensure that the people we are dealing with are people that are registered. We don’t want to deal with illegal traders. We seem to have quite a number of such, but we are trying to ensure that we remove such dealers in the industry.

We are also dealing with the Roads Development Agency, which is the road authority, ,they implement what are called “weigh bridges”. Weigh bridges are used to check the weights of vehicles that are passing, and for us it also helps to tell the quantity of minerals that are coming out. We just don’t want to depend on what a miner has declared on the declaration, that they want to export so much in terms of quantity, but we want to also be able to verify as government  the actual quantity that is going out of the country through that truck.  At the time of export, we also want to check the quality of materials going out compared to what we analyzed for the permit. So if there is a big disparity, then we raise questions and take the necessary actions.

Your project is funded partially through a multi-donor trust fund headed by the World Bank. Have you found that donor support useful in this are? And are other ways you feel foreign aid could be used to support what you’re doing?

About 40 percent of the funding for the project I lead is coming from the same basket that you’re referring to, another 45 percent or so comes from the Norwegians, and about 13 percent from the Government of Zambia. The support we’ve received so far has been quite good. I had to really dream as much as I could dream with my team on what we wanted to do in the project.

There were a few things that we could plan from the start of the project, but I think as time goes on you discover there is something that you overlooked, donor funding sometimes becomes quite inflexible. And I think that’s where maybe there is a bit of a limit of the donor funding and its support to our initiatives. There must be some reasonable room for adjustments.

The program you’re leading now focuses on creating the infrastructure and capacity to collect revenue. Do you feel like support is needed on the expenditure side, around the allocation of those resources once collected?

Personally I would say support would be needed because I think it’s also crucial to ensure that revenues that are collected are spent for the intended purposes. Though speaking from the Revenue Authority perspective I would say that’s not our mandate. Obviously as citizens we are concerned about where the revenue goes, but coming from the Authority’s perspective our mandate ends at collecting revenue, and we put it to the Ministry of Finance account that looks at the priorities that are set and where they are going to spend that money.

With these systems in place that allow you to have accurate numbers on revenue, quantity, and quality, of minerals being exported, it seems the government is on a more equal footing with companies for negotiation. Have you seen any instances so far where those numbers have helped you win a battle with a company?

You’d get more revenue out of taxing based on production than profit, yes?

Yes. That’s why we want to put this system in place. At least we’ll be in a very good position to argue on the aspects of the quantity of their production since we’ll know exactly what has been produced and what has been exported. It’s a physical thing, it’s easy to tell. When they [companies] bring issues around the costs they have incurred that are hard to prove, it becomes a challenge. However, the goal is to have the correct figures and then get to the negotiation table with facts to devise a win-win situation for the Country and the industry.

In addition to the revenue collection challenges that this mining project is working on, are there other challenges in collecting domestic revenue in Zambia that the work you’re doing now doesn’t address?

Definitely, definitely. I think for us we are trying to start from somewhere. We don’t have anything on the ground that  we can point at to say “this is accurate, that is not accurate” so starting from a point of information in terms of having at least something that you can rely upon to say “this is true” and then you focus on working on the other variables. Our approach is to start with numbers. If we can have the numbers of production and quality settled in terms of accurate numbers, which cannot be disputed then we can get into these other issues to prevent loss of tax revenue like transfer pricing.

Want to learn more about how we can better support country generation and use of domestic resources for development? Today, Oxfam’s Ian Gary is participating in a Center for Strategic International Studies entitled, “Domestic Resource Mobilization’s Changing Global Landscape”. Watch the event livestream here. 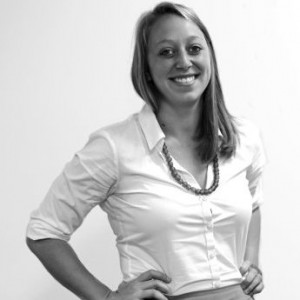 Heather Schommer is the Senior Writer for Aid Effectiveness at Oxfam America.