Americans across the political and income spectrum support policies that would help low-wage, no benefit workers.

Much ink is spilt in end-of-year recaps this time of year, but the most compelling national analysis so far came from Salon’s Joan Walsh. She proclaimed 2013 as the year “Americans discovered the crisis of the working poor.” But unfortunately Congress still hasn’t discovered it.

All at once it seemed, America woke up to the fact that our country has a yawning gap—between the enormously wealthy and the growing pool of people who work hard and hold onto hope, but are increasingly stuck in the grip of poverty with no way out. This was the year low-wage workers took it to the streets, striking in over 100 cities. Across fast food, retail, and even federal contractors, workers representing the tens of millions of struggling families made their voices heard. 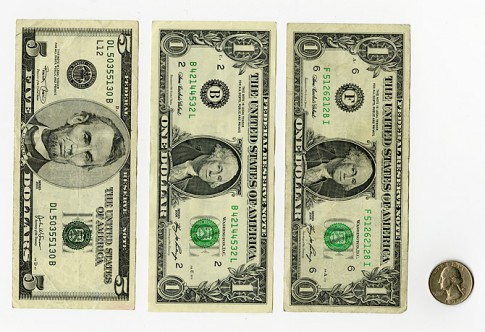 They called for the strikes with good reason. The minimum wage is not sufficient to support people in any comfort, never mind a family. While the economy springs back from the recession, it does so largely with low-wage, few-benefit jobs. The number of Americans in working families living below the poverty line has yet to subside, and 95 percent of the income from the last four years of economic growth has gone to the top 1 percent of households.

Some of our leaders took note: President Obama called inequality “the defining challenge of our time”, while Pope Francis called out the ills of income inequality and the immorality of economic policy that leaves hard working people in the grips of poverty.

At Oxfam this year, our research and advocacy shone a spotlight on the challenges of the working poor. We launched the essay series “Voices on US Poverty” and commissioned a ground-breaking national survey, “Hard Work, Hard Lives,” where we asked the working poor about their greatest challenges, hopes, and thoughts on public policy. We will use the results to guide our future work.

In light of all this wave of evidence, awareness and outrage, Congress stands alone, frozen in place.

The first session of the 113th Congress failed to pass a single new law to address the challenges of the working poor. Zero. Zilch. Bubkiss. Not that they did much else, mind you. According to the Library of Congress, the US Congress have only passed 57 laws so far this year.

While they did take time to pass laws renaming a number of federal buildings and bridges, they failed to take action on this growing national crisis. Despite overwhelming public support, the House of Representatives voted down a modest increase in the minimum wage in March, failing to win a single vote from House Republicans.

But Congress can turn it around in 2014. The 50th anniversary of the Johnson Administration’s “War on Poverty” this January is likely to spark new debate about domestic poverty and the role of the government. Studies show that federal programs have made a substantial impact in reducing the number of people in poverty overall. Still when we look at working age Americans, poverty rate has yet to come down since the 1970s.

Though the two parties have yet to find common ground on ways to improve economic opportunity for hard working Americans stuck in low wage work, Republicans and Democrats recognize that social mobility has stalled in America and is in need of greater focus. With talk of tax reform next year, a number of politicians on the left and right have begun to propose solutions for low-wage workers.

According to recent polling, the general public and the working poor agree on a number of solutions. And they’re pretty simple: increasing the minimum wage, improving access to paid family and medical leave, strengthening access to job training, making child-care more affordable, providing universal preschool. These ideas would be a good place for Congress to start.

And if the moral arguments aren’t sufficiently persuasive, perhaps Congress will take note that the working poor and near poor are a growing bloc of voters, with a growing voice that will assuredly impact the mid-term elections.

We at Oxfam look forward to the new year, and remain hopeful for this new agenda.