The biggest brand commits to zero tolerance for land grabbing.

After more than 225,000 people called for action to prevent land grabs, the world’s most well-known brand, Coca-Cola, today announced major commitments to respect and protect the land rights of rural and indigenous communities. Just one month ago, Oxfam and its supporters kicked off a campaign calling on Coca-Cola, PepsiCo and Associated British Foods, three of the largest players in the sugar industry to:

2. “Know and Show” risks related to land rights and land conflicts in their supply chains

3. Advocate for governments and others in the food industry to tackle land grabbing and to support responsible agriculture investment 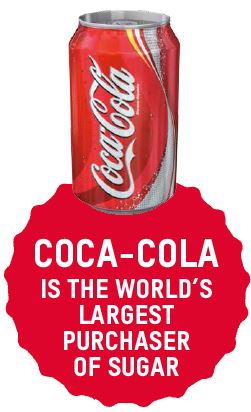 Coca-Cola has promised to meet each of these asks and set a new standard for land policies in the industry. Once implemented, no other company in the food and beverage sector will have policies as robust on land.  It is a bold step—paving the way for other companies to raise the bar.

It is important recognize that policy changes don’t automatically solve longstanding problems that already existed in the supply chain. But as one of the world’s biggest buyers of sugar, Coca-Cola has a huge amount of power and influence within the industry. By adopting new policies, and engaging with their suppliers where problems have been identified, Coca-Cola can help lead transformation in the sector.

But the reality is that large scale models of investment are inherently risky and often unnecessarily transfer land rights away from small scale food producers. Hopefully, by fully assessing the social and human rights impacts on communities in their supply chain in their top sourcing countries, Coca-Cola will better understand these risks. Where possible, Coca-Cola should commit to suppliers who are inclusive of small holder farmers—and do not simply turn local populations into agricultural laborers on massive plantations.

So what did Coca-Cola agree to?

What does this mean for communities?

Coca-Cola has also promised to engage with their suppliers and growers to pursue fair resolution to any disputes in their supply chains, where these have been identified.  In Brazil and Cambodia, where Oxfam highlighted three cases, Coca-Cola has committed to engage with Tate & Lyle Sugar, Usina Trapiche and Bunge and to “take action and use our influence on the final outcome of these disputes.” This is the kind of engagement we are looking for to ensure communities in the specific land conflicts in Cambodia and Brazil are treated fairly.

Oxfam is not asking Coca-Cola to break contracts with the implicated suppliers but instead to use their immense power to be part of resolving land disputes across their supply chains.  Oxfam will continue to support the work of allies and partners who are supporting the particular communities affected in the cases profiled and look forward to Coca-Cola stepping up to be part of a process for just resolution.