As diplomats met for a largely technical two week gathering, civil society pushed the world to do more to confront the climate crisis.

Last month, international climate negotiators wrapped up the 23rd Conference of Parties (COP23), the second such global climate summit since the Paris Agreement was officially inked in 2015 — and the first since President Trump took office. Oxfam America was there on the ground for the whole two weeks in chilly Bonn, Germany, pushing forward a series of important policies. While technical negotiations to carry out the Paris Agreement didn’t produce many fireworks (as expected), the meeting saw some important announcements on coal and a new coalition of U.S. climate leaders filling the diplomatic space abdicated under Trump.

The role of the US? In June, President Trump announced his plan to pull the US out of the landmark 2015 Paris Agreement on climate change — something that can’t even happen until the next presidential election cycle. Despite what the President may think, the world doesn’t revolve around him — and US voters, businesses, cities, and states have joined the rest of the world in reaffirming a global commitment to climate progress.

The US government’s presence in Bonn was diminished compared to the Obama era. The US sent a small delegation of career diplomats and did not opt to host an exhibition-style “US center” to highlight US science and policy efforts as they did at previous meetings. The US delegation mostly stuck to long-standing negotiating positions, and avoided high-profile appearances. While a few White House political appointees did join for part of the meeting, their role was largely-confined to a lone tone-deaf panel discussion, occasional media appearances, and high-level meetings.

That conscicuous void was instead filled by the We Are Still In, a network of US business leaders, governors, and mayors showing the world that US leadership on climate extends beyond federal policy. This group of leaders included everyone from Governors Jerry Brown (D-CA), Kate Brown (D-OR), and Terry McAuliffe (D-VA) to Mike Bloomberg and Al Gore, sending the message that Trump doesn’t speak for the US on climate policy (events included an Oxfam America panel with US businesses). Congressional leaders also joined the conversation, as a delegation of five pro-climate US senators, led by Ben Cardin (D-MD), visited the COP to make the case that Congress is not a rubber-stamp for Trump’s retrograde climate policies — and that strong support remains for the Paris process. 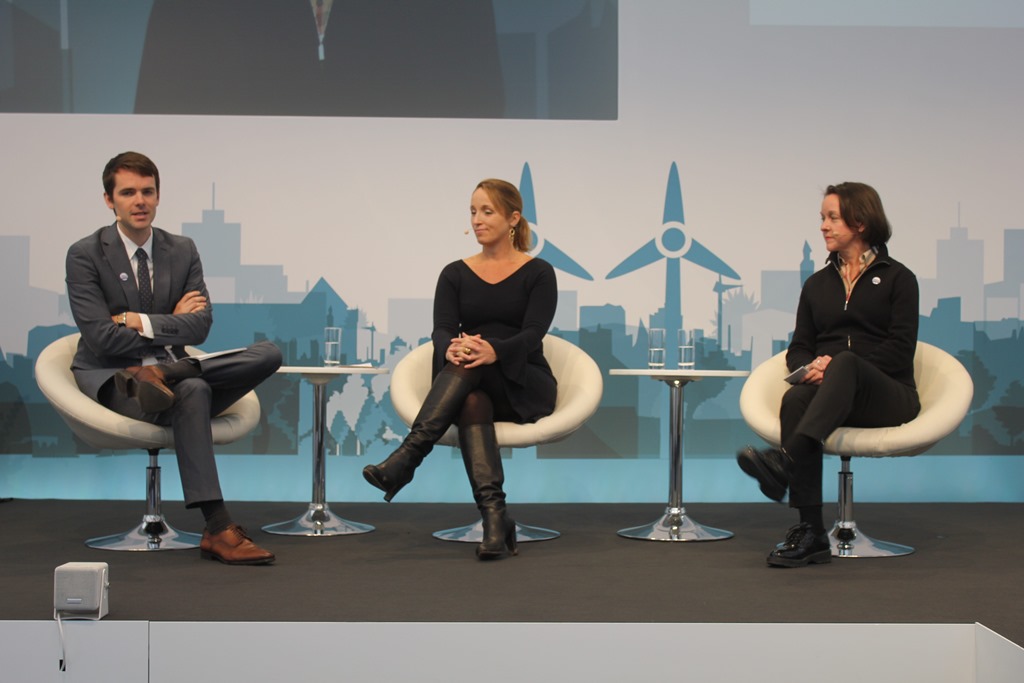 Fiji takes the stage: Fiji served as the “president” of the COP23 meeting, which means that their government took a leading role in managing the negotiations and shaping the final outcome. Normally, Fiji would also physically host the meeting, but the island nation didn’t have the capacity to host the 20,000 attendees that these summits typically attract. As such, the German government stepped in to provide the space needed. With Fijian Prime Minister Frank Bainimarama running things, this COP meeting saw a special focus on the needs and perils faced by small island nations like Fiji — peoples who are already bearing the most destructive impacts of climate change. In particular, Fiji set the the ground rules for the “Talanoa Dialogue,” a process next year (now with a Fijian name!) to assess how the world can do more to step-up their climate pledges.

Given Fiji’s position at the helm of this meeting and sluggish progress outside of the COP talks, many countries were hoping for a bigger outcome from COP23 on irreversible climate impacts, known as “loss and damage.” However, efforts to demand concrete progress by 2019 ran aground, with many developed countries feeling insufficiently prepared to agree to new commitments on this front — this meeting was not initially planned to deal with loss and damage issues. As weather-related disasters like droughts and hurricanes, rising sea levels, desertification, and other climate impacts continue to grow in severity and intensity, it was a lost opportunity to help those on the climate front lines.

Powering Past Coal: In Bonn, 25 countries (including the UK, Canada, Mexico, France, Finland, and New Zealand, as well as US states and Canadian provinces) committed to phasing out existing traditional coal power in their jurisdictions, and to a moratorium on any new traditional coal power stations. They hope to grow to 50 countries by COP24 in 2018, sending the clear signal that dirty coal is losing ground on the international stage.

Agriculture, Indigenous Peoples, & Gender: After years of gridlock, the COP finally charted a path forward to address agricultural issues, and to take “into consideration the vulnerabilities of agriculture to climate change and approaches to addressing food security.” Further, negotiators consented to both a new Indigenous Peoples Platform and a Gender Action Plan, each of which will work to ensure that global decarbonization efforts account for impacts on native and first peoples while also incorporating gender sensitivities (and the broad-based participation of women going forward).

Revving up the “Adaptation Fund”:  The Adaptation Fund provides direct-access grants to vulnerable countries to help them prepare for climate impacts. Originally created to serve the 1997 Kyoto Protocol climate pact, it’s now migrating over to operate under the 2015 Paris Agreement. Things took a step forward in Bonn, with countries approving the technical process needed to begin that transition. Several countries also made new pledges to the fund, with Germany leading the way with a €50 million commitment.

Was COP23 a success?

COP23 moved the process forward, generally doing what was needed to advance the Paris agenda ahead of a more pivotal meeting at this time next year in Poland (COP24). But it wasn’t a smashing success — major breakthroughs were few, and low expectations for this meetings did not lend themselves to a particularly showy outcome.

To mark the two-year anniversary of the Paris Agreement, French president Emmanuel Macron will hold a short “One Planet Summit” this month to highlight the progress that’s been made since 2015, and to call for more. Come 2018, the Intergovernmental Panel on Climate Change (IPCC) will release a scientific assessment of what the world needs to do to keep global temperatures from growing beyond the Paris Agreement’s 1.5 degree Celsius warming threshold. In September of 2018, outgoing California Governor Jerry Brown will host a “Global Climate Action Summit” in San Francisco to call for more climate progress from non-federal actors like cities, states, and businesses. Finally, in December of next year, the Polish city of Katowice will host COP24, where countries are expected to adopt the “rules” written to carry out the Paris Agreement itself — an important moment in the climate fight.

So it’s safe to say that the COP23 meeting in Germany continued to moved the ball forward, albeit not nearly as rapidly as the scale of the climate challenge demands. It’s important to remember that the global climate talks are sluggish by nature, mostly because everything requires all the nations of the world to agree on how to move forward.

Big, paradigm-shifting moments — like the Paris Agreement in 2015 — are rare and built over many years, so it’s worth remembering that incremental progress is usually the order of the day. That said, it’s essential that we keep the “spirit” of Paris alive, and that we don’t lose steam and falter ahead of the next big climate moments on the global stage.