As leaders from seven of the world’s most industrialized and developed economies meet in France, President Trump remains the wildcard.

The G7 summit will be in the French surf town of Biarritz this weekend. President Trump will be going and he will probably hate it. He seems uncomfortable at these high-level events that require diplomacy and patience. He’s often rude and disruptive.

At previous summits, President Trump refused to sign on to the final “communique” despite months of preparation and careful negotiations. He likes to play the spoiler, to withdraw from agreements, to be a skunk at a picnic. This year, French President Emmanuel Macron has signaled that he won’t try to get Trump to sign on to anything: it’s pointless and doomed.

It’s a shame. The G7 has fallen on hard times, and it remains an important platform for some of the world’s biggest countries to take joint action on pressing issues, including poverty, food security, and global health. The G7 can’t do everything, but the seven biggest democracies, working together, are capable of doing big things when they try.

French President Macron launched this year’s G7 meeting with high hopes and ambition. Having declared a “crisis of democracy,” he has made the fight against inequality the theme of the summit.

But little is coming of it. Today, Oxfam is launching a paper describing the many ways in which the G7 countries have only made inequality worse. Their “Deadly Sins” include: 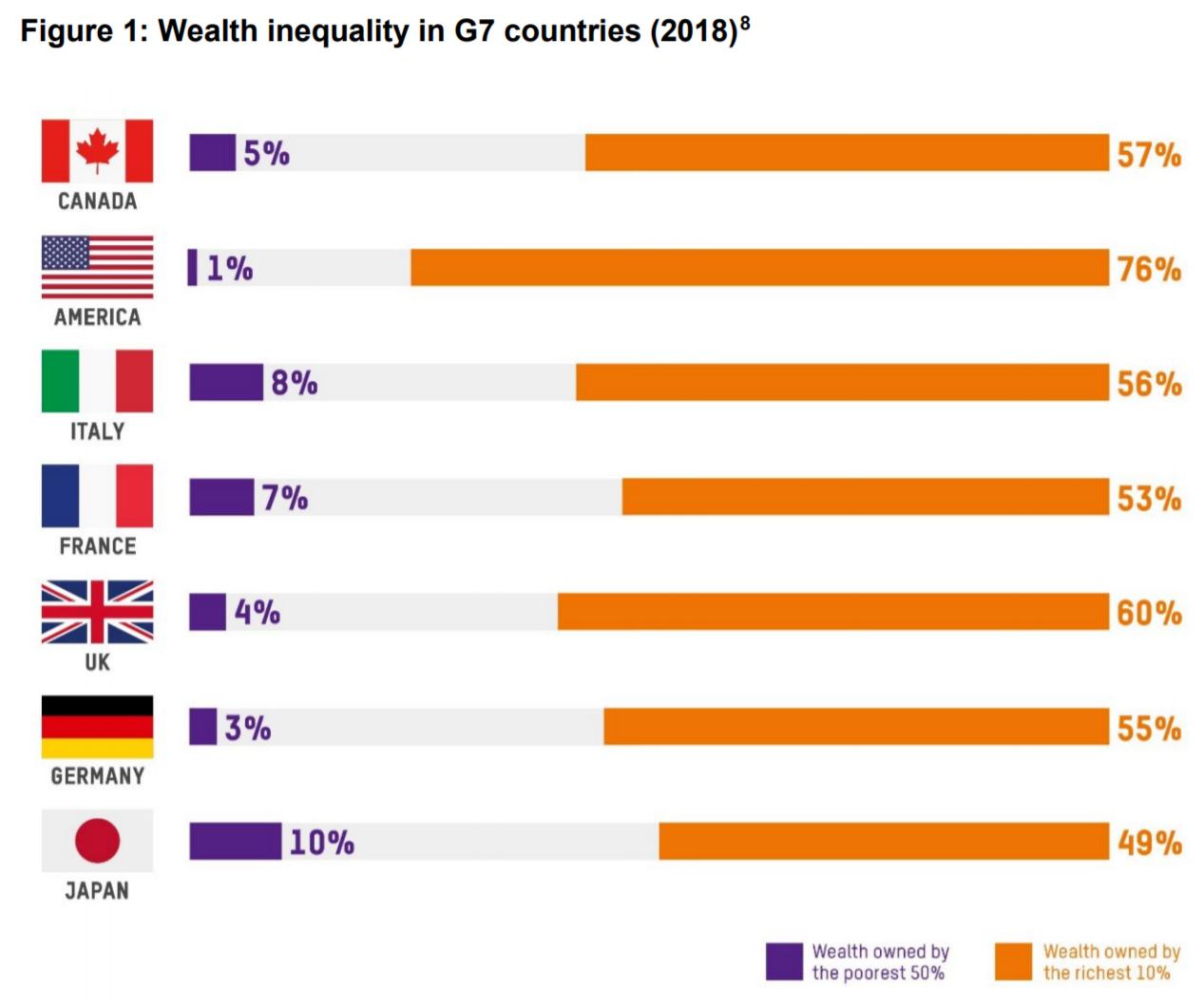 Sadly, G7 leaders regularly pay lip service to the dangers of extreme inequality. It shows, because their countries are doing little to reverse course—and the G7 summit will likely be business as usual.

One area of modest progress since last year’s G7 is on the issue of gender equality. Canadian Prime Minister Justin Trudeau made this a major emphasis when Canada hosted last year. France has maintained the momentum, establishing a Gender Equality Advisory Council with experts and leaders and celebrities. They launched a paper with an agenda.

It’s still possible that something positive will emerge from this year’s summit. Earlier this year, at a meeting of G7 finance ministers, new funding commitments were made to reduce the gender gap in digital access around the world. So that’s something. Oxfam had hoped for more and called on G7 leaders to take a feminist approach to foreign aid.

Still, there are important issues that the G7 countries could—and really should—take up. Rising hunger around the world. The Ebola outbreak. Ongoing conflicts in Syria and Yemen. The growing signs of an economic slowdown. Climate change.

Instead, we’ll be lucky if the leaders meet and no dishes get broken.