Major wins in the battle for transparency in the European Parliament, Canada and Switzerland brings pressure to bear in API v. SEC case.

If you’re in the oil business and trying to hide your payments to host governments, last week was a rough one. 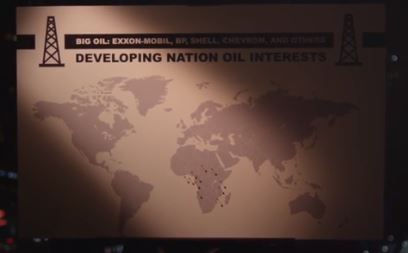 Most notably, on Wednesday the European Parliament overwhelmingly approved new European Union legislation that requires oil, gas and mining companies to disclose their country and project level payments in every country of operation. The final tally was 657 for and 17 against. This broad backing of payment disclosure from across the political spectrum was a stinging defeat for Shell, BP and other companies who lobbied European member states and European Members of Parliament. They failed to weaken the final provisions in the Transparency and Accounting Directives that will bind companies in Europe to the same standards as those who report to the US Securities and Exchange Commission as a result of the “Cardin–Lugar” or Section 1504 provision in the 2010 Dodd-Frank Act.

The European Parliament vote approves the political agreement reached in April after long negotiations between the Parliament, European Commission and member states of the European Council. Importantly, the new European requirements contain no reporting exemptions—a clear sign that member states and parliamentarians were unconvinced that alleged host government prohibitions exist. (Oil companies have alleged that such prohibitions exist, but have not been able to provide a single example to the public or the court.)

Also on Wednesday the Canadian Prime Minister Stephen Harper, a conservative politician, said Canada would move to adopt mandatory disclosures for oil and mining companies raising capital in that country. The announcement, coming days before this week’s G8 meeting where the UK hosts have made extractive industry transparency a priority, was warmly welcomed by Oxfam Canada and other groups. The Harper government announcement was quickly followed by the publication Friday of a framework for mandatory reporting developed through a roundtable process by the Mining Association of Canada, the Prospectors and Developers Association of Canada as well as Publish What You Pay Canada and Revenue Watch Institute. The framework recommends no exemptions for future Canadian requirements in line with Dodd-Frank and EU rules.

To make matters worse for those companies who want to hide the truth, even Switzerland, a country not known for financial openness, are backing mandatory disclosures. After a motion was passed by the Swiss Parliament last week calling on the government to require disclosures by extractive companies and commodities traders, the Swiss governments said it would approve this approach. (Switzerland is home to, among others, the giant commodity trader and miner Glencore Xstrata as well as oil trading firm Vitol.)

These events in the European Parliament, Canada and Switzerland represent huge breakthroughs in the battle for transparency. Oil companies who are pursuing litigation to try to overturn the Dodd-Frank provision and weaken the SEC rule are now being overtaken in their secrecy fight by real world events.

During oral arguments on June 6th in the American Petroleum Institute vs. Securities and Exchange Commission case, the District Court judge seemed to express skepticism regarding industry claims that they have a First Amendment right to keep payments secret. Judge John Bates said there are “oodles and oodles” of situations where the government has compelled disclosure requirements in all sorts of regulatory contexts that have not merited heightened protection under the First Amendment. Oxfam and SEC lawyers pushed back strongly on industry arguments.

Rather than dropping the lawsuit (take action to call for this here), which former UN Secretary General Kofi Annan has called a “strategic folly”, companies such as Exxon, Shell, BP and Chevron have said in letters to the Publish What You Pay coalition that they continue to back the US litigation. Too bad for Shell and BP that they’ll now have to disclose in the EU as well.

All-in-all it was a very bad week for oil industry secrecy-mongers, but a great week for citizens in resource-rich nations who have a right to know how much their governments are being paid for resources extracted from their lands.