Where is the money flowing and what is it being used for? (We wish they knew.)

People are up in arms about climate adaptation finance. In the Intergovernmental Panel on Climate Change report released in March, a crucial gap in adaptation finance in some developing countries was recognized for the first time.

As part of the Adaptation Finance Accountability Initiative (AFAI), which follows the United Nations Framework Convention on Climate Change (UNFCCC) process, we’ve been taking a closer look at adaptation finance in Nepal, the Philippines, Uganda and Zambia.

And now it’s not just civil society that is taking a closer look at adaptation finance, but also members of Congress in the Philippines. 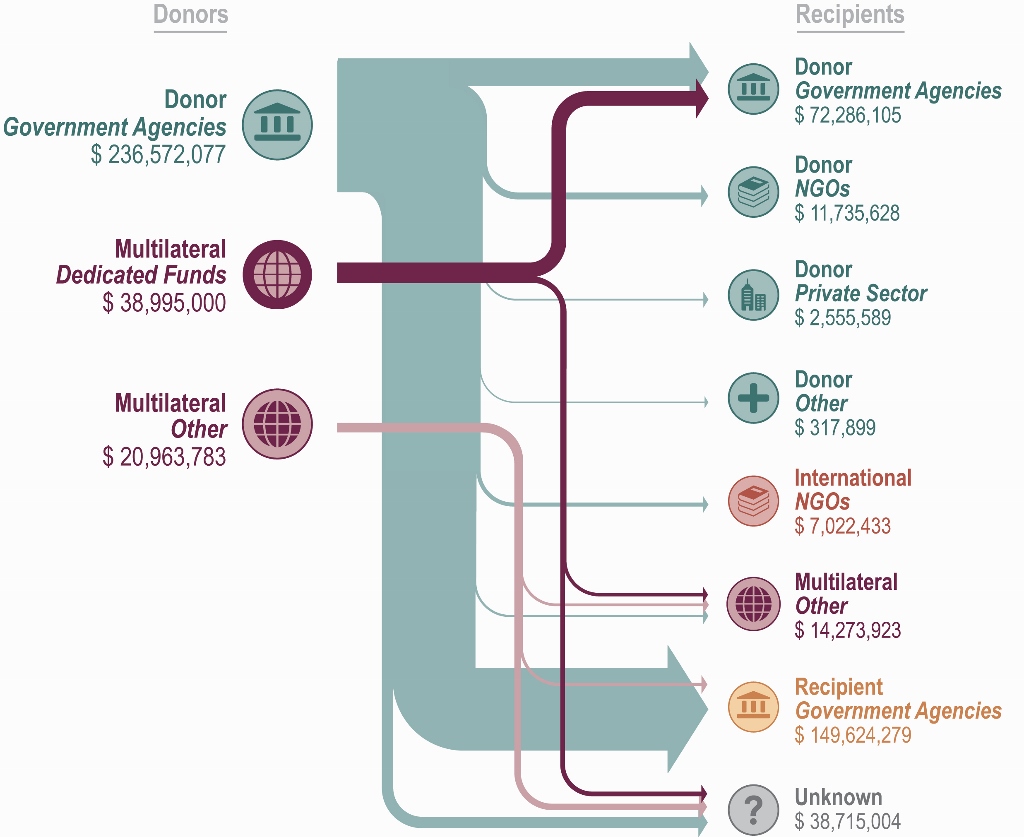 Last week our partner, the Institute for Climate and Sustainable Cities (iCSC), co-organized an event with the Congressional Policy and Budget Research Department in the Philippines, where they raised important questions about the reported USD 300 million in adaptation funds directed to the Philippines from 2009-2012.

The diagram above shows adaptation finance flows from international donors to the Philippines for 2010 and 2011. What stands out?

And then if we look at what the money is being used for in the second graphic, more questions and concerns arise!

The Philippines Congress sees the value in starting a new conversation about how climate finance can help them build climate resilient communities in the Philippines. And that’s what makes the work of our partner iCSC so exciting for me to share.

With the cost of addressing climate change getting steeper every day, there are consequences when we delay mitigation and adaptation actions. That makes it even more important that we improve transparency and accountability by both donors and country governments. We have an obligation to the world’s most vulnerable people to make what little adaptation finance there is more effective.