The Green Climate Fund gains momentum with donor announcements, but is it enough?

Today the Green Climate Fund held its first official pledging conference. As part of the United Nations Framework Convention on Climate Change (UNFCCC), donor country representatives gathered in Berlin and promised money to help developing countries shift toward low-emission and climate-resilient development.  So what promises did they make?

Total pledges from developed countries were along the lines of what Oxfam anticipated. The Green Climate Fund’s current tally is $9.3 billion based on pledges announced in Berlin today. This puts us just shy of the $10 billion minimum floor that countries and civil society have called for, and nowhere near the $15 billion that many developing countries had asked for. But it’s a start!

Who needs to step up to the plate still?

Who contributed more than their fair share of $15bn needed for the Green Climate Fund?

But the devil is found in the details:

While this is an important start for the Green Climate Fund, at the end of the day developed countries will need to do more if climate finance is to become a building block of the 2015 agreement and not a stumbling block.

What I heard in Berlin, including my own calculations based on today’s exchange rate: 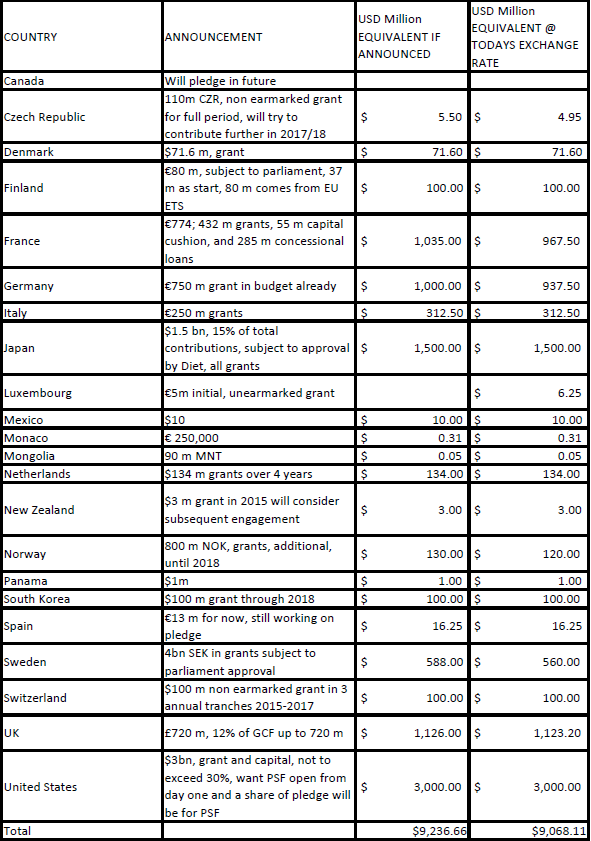 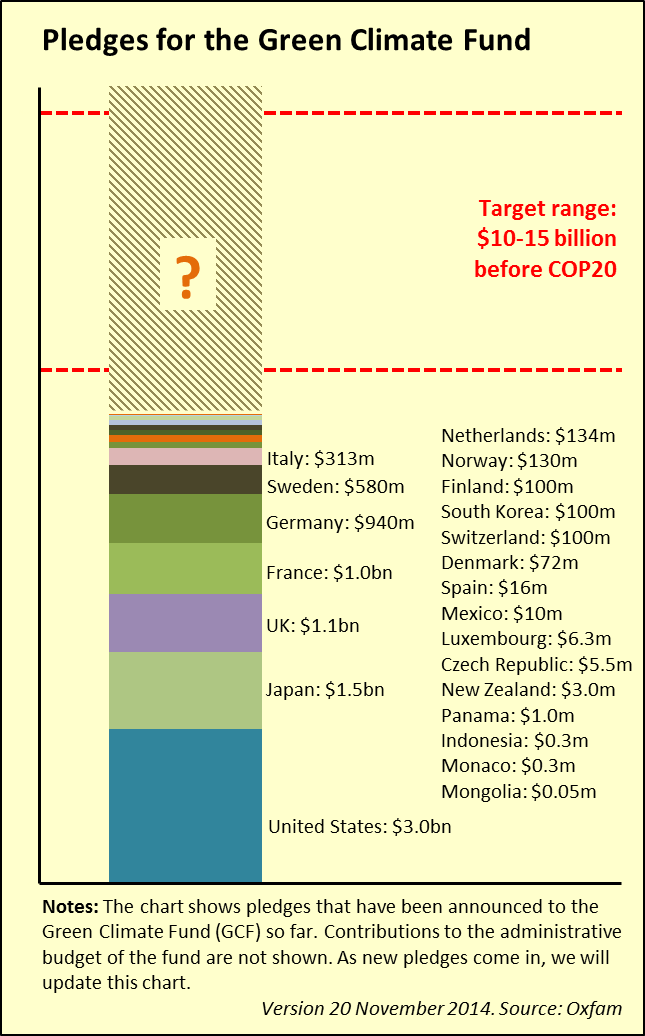