Big Pharma shows its influence in the Senate Finance Committee.

Teenagers are notorious for giving one-word responses when their parents inquire how school is going. Last week’s Senate Finance Committee’s hearing on Michael Froman’s nomination as US Trade Representative reminded me of this dynamic.

Because so much of the interrogation airtime was devoted to grandstanding, rather than actual questioning, Mr. Froman seemed to have little option other than to say “yes” and express his willingness to work with a Senator on an issue. Teenagers will say just enough to end their parents’ lecturing and get them off of their backs, eye rolls an added bonus. Well-intentioned parents, after all, were teenagers once too and want to impart their knowledge.

But that wasn’t the case for Senators last week. As one after another Senator pontificated on his infinite wisdom on the topic of intellectual property (neither of the two women on the committee were in attendance), I couldn’t help but be appalled by the non-truths (to be polite) that rolled off their tongues, clearly confident that no one in the room would challenge their assertions, content to defend corporate rather than consumer interests When it comes to pharmaceuticals, it’s unfortunately not surprising, given that PhRMA in representation of the brand-name pharmaceutical industry, tops the list of big-spender lobbyists. They registered over $100 million in lobby expenses over the last five years according to Open Secrets. And that doesn’t include lobby spending by individual companies, much less direct campaign contributions, which is no chump change.

What intellectual property systems are meant to do

Senators seem to have forgotten that intellectual property systems are, in essence, social pacts. Governments enable monopoly power through patents, which give inventors an economic advantage, as an incentive for research and development that will benefit the public through technological advancement. The challenge for governments is maintaining an appropriate balance between incentivizing innovation, on the one hand, and ensuring that new products are widely available, on the other. Extended monopoly protection keeps prices high, meaning less access to medicines for consumers. And access to medicines is a critical public health issue. 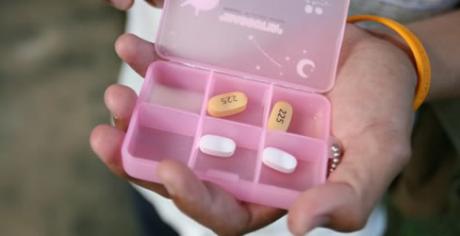 In the developing world, access to affordable medicines is literally a matter of life and death, where many people lack insurance and must pay for medicines out-of-pocket. When a family member falls ill, that means hard making hard choices – like whether to buy treatment, food, or pay school fees.  At one point in the hearing, a Senator expressed concern about labor conditions in Bangladesh when he exclaimed, “How many more lives have to be lost before we act?”

Why does it matter whether lives are lost or made more difficult either by labor rights violations, or by lack of access to affordable medicines?

In their infinite wisdom, several Senators flailed against India – the country where one-third of the world’s poorest people live. They attacked the country for protecting its generic industry. Indian is known by many as the ‘pharmacy for the developing world’ because generics sourced from India have been critical to improving access to medicines for poor people in many low-income countries. In fact, 80 percent of the AIDS medicines used by donor-funded programs are sourced from India, resulting in a 90 percent cost savings for PEPFAR. 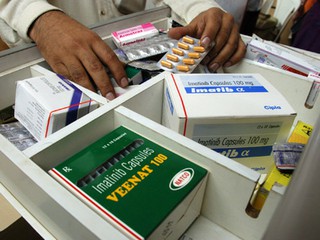 The irony of seeking more monopoly protection in the name of free trade also seems to be lost on Senators. The “strongest protection possible” of intellectual property that Senators repeatedly said they seek, further delays the onset of generic competition, which is the only proven method of sustainably reducing medicine prices. Here in the US, generic medicines are hugely important to consumers – accounting for 75 percent of prescriptions but only 22 percent of total drug spending. Yet Senators, in their passionate defense of US industry, seem to be unresponsive to the interests of their generics industry, which has spent less than one-tenth of what Big Pharma has on lobbying.

One Senator went so far as to accuse India of “invalidating and breaking US patents and violating WTO rules.” India’s patent law and enforcement is fully consistent with the World Trade Organization’s Trade-Related Aspects of Intellectual Property (TRIPS) Agreement. It’s unconscionable that US Senators, at the behest of Big Pharma, are pushing the US government to sanction India because it promotes generic competition that provides affordable medicines to the developing world.

The nominee was diplomatic, but my eye-rolling continued throughout the hearing. One Senator cited a favorite ‘fact’ of Big Pharma, that it takes $1.3 billion to bring a pharmaceutical product to market, which the CEO of GlaxoSmithKlein recently indicated as “one of the great myths of the industry”. And even though it puts the interests of the drug industry above public health and threatens access to affordable medicines for millions, several Senators specifically called for the ‘highest possible of standard’ of intellectual property protection in the Trans-Pacific Partnership (TPP) free trade agreement.

Perhaps most annoying in the two-hour hearing was the smugness with which one Senator proclaimed, and others affirmed, that a strong consensus exists in the Administration, Congress and throughout the country for the maximum possible intellectual property protection. That is an offense to the many public health, consumer and development organizations like Oxfam that for years have been showing how strict intellectual property rules undermine public health, as well as several Members of Congress who have been pushing for change in US trade policy.

I’d like these Finance Committee members to know that their infinite wisdom, with regard to intellectual property, is just another delusion.