What will happen to the stories that formerly filled the NYT Green Blog?

It is often said that politicians who want to bury a bad story, put out their news late on a Friday afternoon in order to avoid the media scrutiny. It’s called the Friday news dump. Today at 5pm, our country’s most venerable media institution, the New York Times, dumped its own awful news on the world, announcing they will be discontinuing their Green blog.

The decision is incredibly disheartening if not altogether unexpected. A little more than a month ago I called the paper’s move to shutter the environment pod “an unmitigated disaster,” predicting that the closure would undermine the paper’s focus on critical issues facing our planet. At the time editors expressed unwavering commitment to continuing their coverage of environmental issues. But it was hard to see then how that promise could be kept. Today’s news feels like a nail in the coffin of that particular pledge. 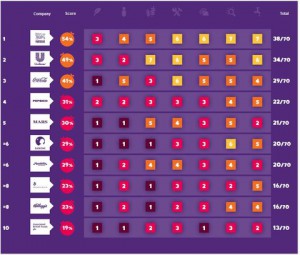 Some have argued the changes could ultimately be a good thing. But let me give a timely example of why I think that’s wrong. This week Oxfam released a major report into the social and environmental policies of food and beverage companies. Stephanie Strom from the Times covered it. But because of a hitch in the news cycle and the timing of her article, the only place her editors could find space for the story was on the Green blog.

Now that the blog is gone, what will happen with stories like this? Chances are that they will just go away. Theoretically they could live somewhere else. But if the blog is closing for a reason, why wouldn’t the stories that fed it be affected?

I know this all sounds like a very self-interested complaint, a flack hand-wringing about how I’m going to get coverage for my employer. But obviously this goes beyond stories about Oxfam’s research. The idea that the Times would take all of its reporters who are focused on environmental issues and reassign them to other beats, then close down the most significant space on their website for these topics, yet somehow manage to “continue to cover these areas of national and international life just as aggressively,” seems, well, laughable.

The editors should skip the spin and just admit that they have made a business decision to deprioritize these vital, if soon-to-be neglected, energy and environment issues.