Great reads to add to your (late) summer reading list

1) The Haves and the Have-Nots: A Brief and Idiosyncratic History of Global Inequality by Branko Milanovic

This is a must read for anyone interested in both income inequality and great storytelling. Milanovic, who is Lead Economist in the World Bank research group, is uniquely gifted among researchers. In The Haves and the Have-Nots, he uses literature, history, and humor to explain the complexities of inequality both throughout time and in the current system. Throughout Branko ‘schools’ the reader with quick economics lessons, then follows with captivating vignettes exploring how the concepts operate in the real world. The Haves and the Have-Nots is one of my all-time favorite books on inequality, and it’s certainly one of the most entertaining reads within economics. 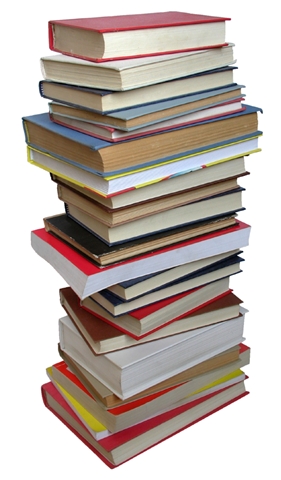 2) Winner-Take-All Politics: How Washington Made the Rich Richer–and Turned Its Back on the Middle Class by Jacob S. Hacker & Paul Pierson

As a born and bred American, I’m particularly captivated by the surge of inequality that’s happened in the U.S. over my lifetime. And as a political scientist, I’m quite elated to see my colleagues take up the problem of inequality too. Hacker and Pierson’s book is the book I wish I wrote! It dismisses the standard explanation for America’s exploding inequality usually pedaled by “the dismal science” that points to the demand for high skill workers and America’s insufficient supply. There’s usually something about the effects of globalization in there too. Instead, Hacker and Pierson make an explicitly political argument. They claim the rise of organized corporate power and the conservative movement of the 1970s led to the capture of the legislative agenda from the late 1970s through today. Control over Washington brought forth a shift in public policies making possible the exploding growth of the 1%, along with the stagnation of the middleclass and the atrophy of the poor.

3) Plutocrats: The Rise of the New Global Super-Rich and the Fall of Everyone Else by Chrystia Freeland

Plutocrats is a top notch expose into the world’s new superclass of the uber rich. Freeland is an exquisite journalist and uses her gifts to delve into the lives of the global elite. Forget America’s 1%. These folks sit at the very tiniest sliver at the top of the global income pyramid. They are the world’s 0.1% Most didn’t inherit their wealth, but rather sweated for it as businessperson in what they perceive a cutthroat international environment. This class, according to Freeland, is truly global. Its members proclaim to have more in common with each other than their country compatriots. With regards to inequality, they support greater opportunities to level the playing field. Yet, they’re ardently opposed to the tax and redistribution policies that goal requires.

Fighting poverty means solving the inequality problem. If you’re engaged in that work, these books offer insights for you!