Any US approach to climate change should take into account the stories of those on the frontlines.

Somalia and other countries in East Africa are suffering from a catastrophic drought, the impacts of which have likely been made more severe because of climate change. Last year, the United States allocated $48 million dollars to resettle the community on Isle de Jean Charles in Louisiana who have been displaced because of climate change. In 2015 and 2016, “Super El Nino” combined with the effects of climate change to put 60 million people at risk of hunger. Climate change isn’t some far off future threat, it’s impacts are already being felt by men and women around the world.

The US has made a range of commitments to address climate change. In addition to investing in clean, renewable energy and building resilience at home, the US has also committed to provide technical and financial support to help other countries tackle the global climate challenge. The new administration has questioned the value of these commitments and threatened to walk away from some or all of them.

During Secretary Tillerson’s confirmation hearing, he said they would look at funding committed by the US to tackle climate change from the bottom up. Oxfam thinks any bottom-up review must heed the experiences and voices of the people on the frontlines: women and their families in the developing world. Here are three women’s stories to get that bottom up review started. 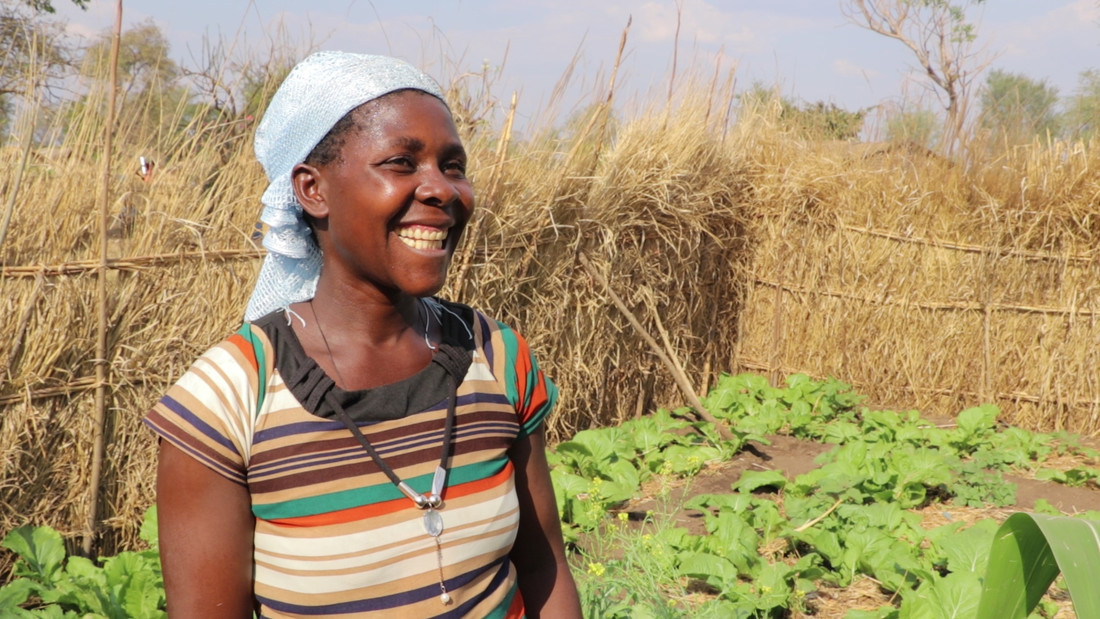 Until recently, Patouma Alisen has relied on growing maize on a one-acre plot of land to feed her family. However, climate change is now directly affecting the ability of Patouma and millions of people like her in Malawi to provide for their families. “In a good year, when the rains are good, I can sometimes harvest up to 15 bags. Last year, I planted my crops as usual but due to the drastic change of climate and very little rain, I only managed to harvest one bag of maize. That only lasted one month. My family and I had never before been as hungry as we were then. We had never experienced hunger before.”

Patouma and other farmers received help to grow vegetables in small kitchen gardens. They were able to use some of the vegetables to feed their families and earn vital income by selling the rest.

Climate assistance is used to help farmers like Patouma diversify their farms and improve crop management, so they are better equipped to deal with weather variability and long-term changes to the climate. 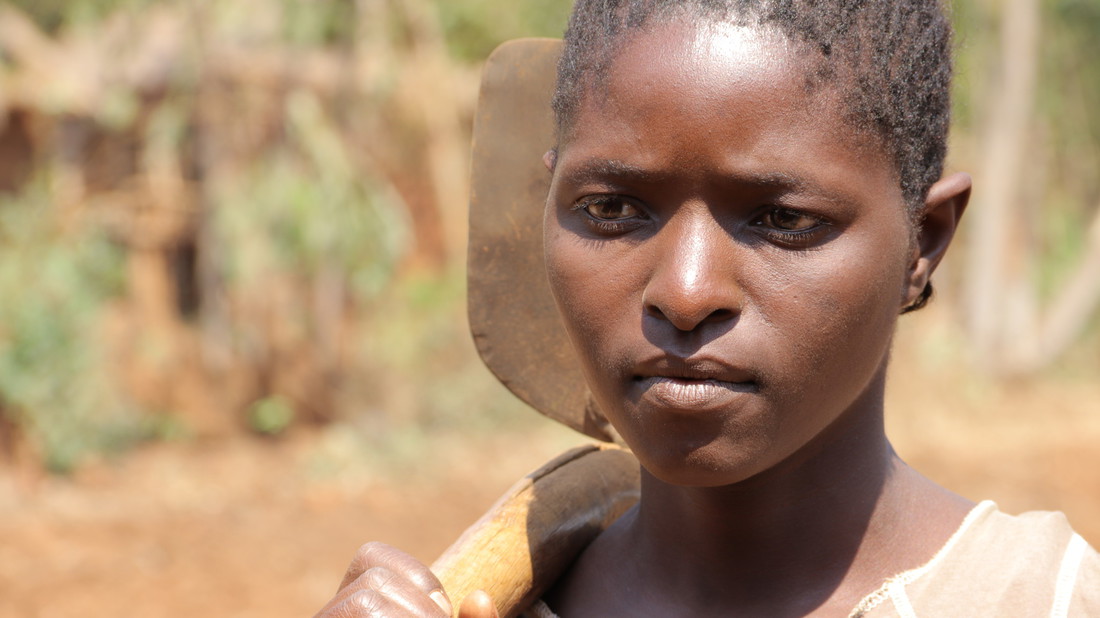 Jenipher told Oxfam that she used to be able to grow enough maize to feed her family but that the recent drought, exacerbated by climate change, means there hasn’t been enough food to go around.

“Last year the harvest was very low. I got just four bags of maize and we used that up in three months. I also had pigeon peas which I sold to buy maize but that is also finished now. So now, I have no food.” She said, “It would be disastrous if no help comes to improve my situation…We do not want to have to always rely on food aid. But surely, if we are assisted in good time, we can become self-reliant and harvest enough food.”

Climate assistance is used to build early warning systems to help women like Jenipher and governments respond when crisis strikes, because acting early in a drought costs 40 percent less than acting after its worst effects have already set in. 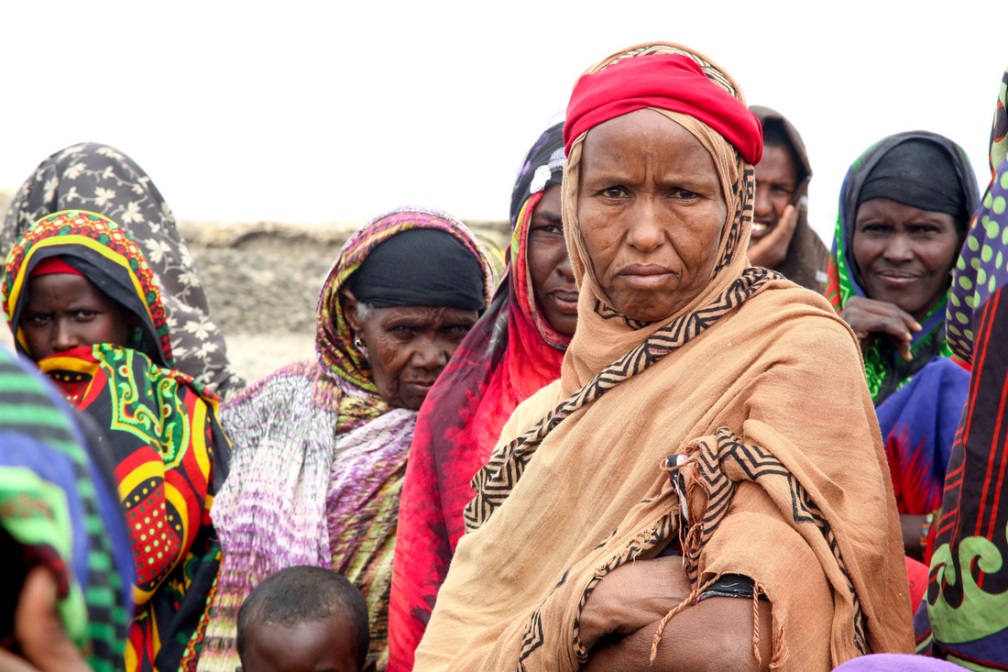 “Water is life and we want to access it permanently and not always wait for the water truck to arrive. After the drought even that disappeared. Now if you dig a hole four meters deep, you are not going to get enough water as in the past. We don’t know what sucked it up. The men dig the water wells. Usually after three or four meters they get water. And they carry it home on the back of donkeys. We used that water for everything – washing, cooking and drinking.

We had a good life. We had livestock. There was rain. But now all that is gone and we are in trouble.”

Climate assistance is used to build better water infrastructure to help women like Fatuma Ali Gile have secure access to water. Climate change affects water availability, so it is essential that wells and other infrastructure are designed with this in mind so they don’t dry up after five years.

People are already feeling the heat from climate change

In the last year and a half, “Super El Niño” combined with the effects of climate change to put over 60 million people at risk of hunger. That’s a warning of things to come in a world of runaway climate change.

These stories should be at the front of everyone’s mind, especially Secretary Tillerson’s as the Trump administration rethinks the US approach on climate change, potentially threatening US funding to support climate action through foreign assistance and international efforts like the Green Climate Fund. Erratic and unseasonable weather is already wreaking havoc on people’s lives. The US should live up to its commitments and maintain the bipartisan tradition of support for vulnerable communities at home and abroad.