A Q&A on why Oxfam is calling for zero tolerance of global land grabs by food and beverage companies.

Today Oxfam launched a new phase in our Behind the Brands campaign to ensure land rights for rural communities are part of the supply chains of the Big 10 food and beverage companies.

Oxfam’s newly published report, Sugar Rush: Land rights and the supply chains of the biggest food and beverage companies, is calling on Coca-Cola, PepsiCo and Associated British Foods (ABF) to commit to zero tolerance of land grabs throughout their supply chains. Oxfam is asking these companies to:

Why is land a critical asset for so many?

Access to land for small-scale farmers, or those farming less than five acres, is a pivotal part of a better food system for all. Two billion people are supported by 500 million small-holder famers worldwide. Small-holder farmers don’t need much land. But without any land at all, it’s impossible for them to feed their families…let alone have access to water, space to graze animals, and other vital resources.

Our campaign aims to help raise the voices of people like those from the fishing community in Pernambuco State, Brazil, who were violently evicted from their land and fishing grounds by a sugar mill that provides sugar to Coca-Cola and PepsiCo. Even though this happened in 1998, the community is still fighting for access to their land and fishing grounds. Many remain living in nearby slums and struggling to make a living.

Why is Behind the Brands shining a light on land rights?

Earlier this year, we used the Behind the Brands Scorecard to assess the agricultural sourcing policies of the world’s 10 largest food and beverage companies and we discovered that land was the area in which food companies scored the lowest. (See scorecard on land below.) We discovered that the world’s 10 largest food and beverage companies lack adequate policies to ensure that the land rights of local communities are protected along their supply chains. None have declared zero tolerance of land grabbing. 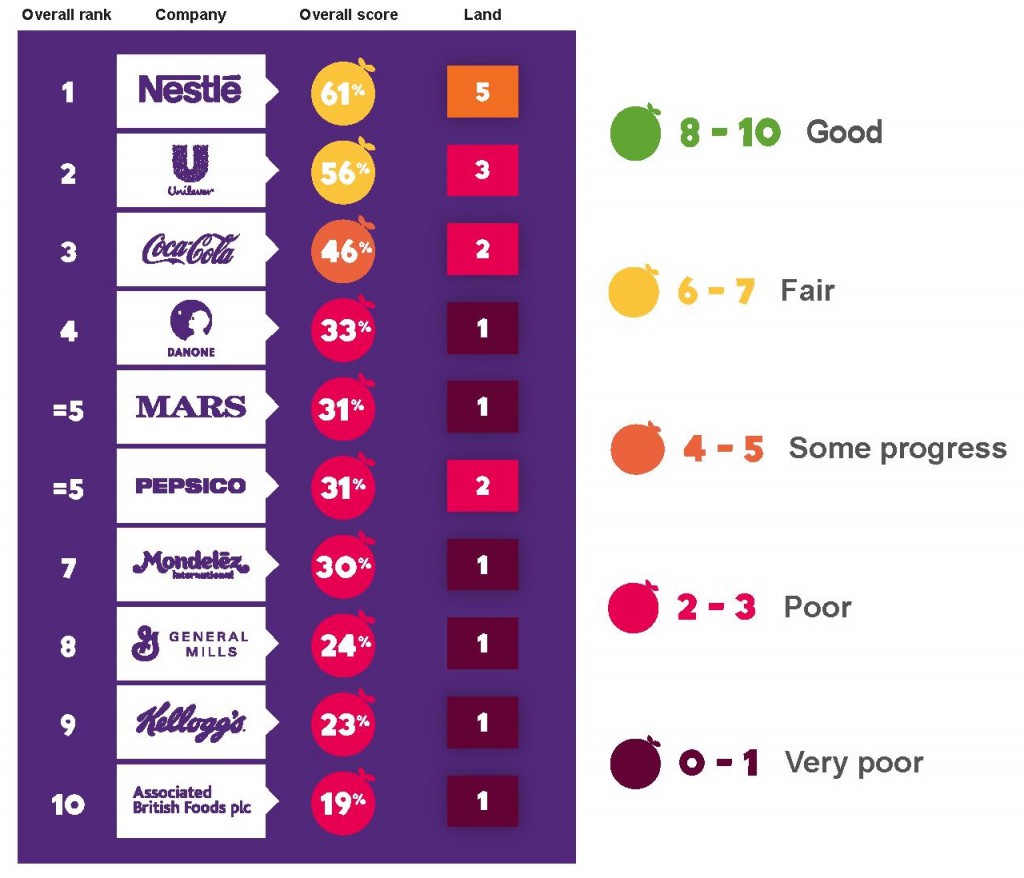 What is responsible for global land investments, and what are their effects?

The 2008 boom in food prices triggered a surge in investor interest in global agriculture. From mid-2008 to 2009 the number of reported land deals rocketed by around 200 per cent. According to the Land Matrix, a global independent land monitor, nearly 800 large-scale land deals by foreign investors have been recorded since 2000, covering over 80 million acres globally—about four times the size of Indiana. In addition to this, there have also been 255 deals by domestic investors. Many of these large scale land acquisitions involve three key commodities:  palm oil, soy and sugar cane.

Private investment has the potential to contribute to inclusive growth, environmental sustainability, and poverty reduction. However, too often land investments have led to human rights violations, loss of livelihoods, alienation of people’s spiritual and cultural ties to land, and sometimes violence and destruction of property and crops. Oxfam has called this “development in reverse.” Women living in poverty are at particular risk, since they are less likely than men to have land titles or a say in decisions affecting their access to land.

So why focus on sugar and land rights?

Sugar is produced on over 76 million acres of land globally—an area roughly the size of Arizona. Since not all recorded deals include information on land size, we know that since 2000, at least 9.8 million acres linked to 100 large-scale land deals. Whole communities are losing their main source of food and income—but global brands like Coca-Cola, PepsiCo, and ABF are doing very little to ensure that the land rights of communities where their sugar is grown are respected.

What has Oxfam found “on the ground” with farmers?

This year Oxfam conducted investigations into land grabs and conflicts in the sugar cane sector in Cambodia and Brazil. Along with the fishing community mentioned above in Pernambuco, we also found:

Why should you ask the big brands to stop land grabs? 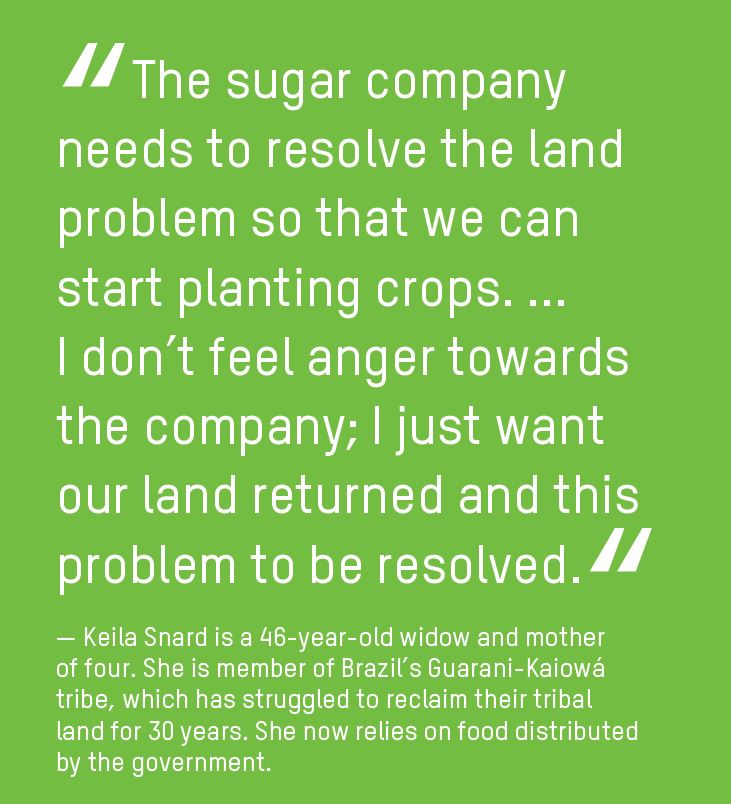 Coca-Cola, PepsiCo and ABF have the power to change the dialogue in the food and beverage sector because they have the brands that consumers love. They can lead the way towards protecting farmers’ and rural communities’ access to land. Tell Coca-Cola, PepsiCo, and ABF to help stop land grabs and by signing our petition.