Looking at projections in 10 countries.

For the most part, we anticipate that countries will grow their economies in the coming years. Growth means more financial resources available to reduce extreme poverty by creating jobs, increasing social services, and building stronger safety nets. However, if governments fail to ensure the benefits of growth are shared with the most vulnerable, then poverty reduction will be minimal. This can happen if the benefits of growth only accrue to the richest. 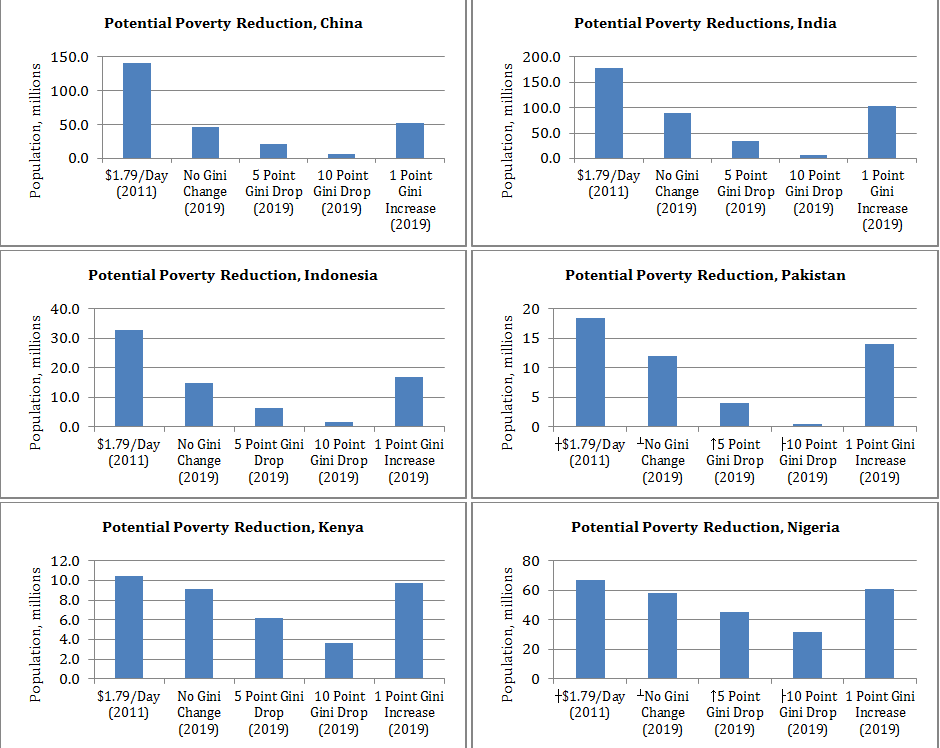 It’s plain to see that growth alone will pull large numbers out of poverty in China, India, and Indonesia. Yet, growth will hardly make a dent in many other countries. In all cases, progress on poverty is faster when inequality falls. In these scenarios, inequality reduces when growth is projected to be more evenly distributed. We can suppose this happens because of pro-poor economic development, but there could be other reasons (what do  readers think those might be?). Likewise, inequality becomes worse in the graphs when we project the gains of growth are not shared, and accrue disproportionately to those at the top. I’m curious to hear your ideas for what needs to happen so that economic growth is poverty reducing?  What should governments be doing? What about the private sector?