It seems like more development financiers are stepping up with funds to address gender inequality—but are those funds enough?

I’ve heard over and over again that women’s rights are human rights. Under that logic, women’s rights should be respected in all international fora, from development to diplomacy to finance. It should mean that if you look at humanitarian and development funding, it should be abundant to ensure that half of the world’s population is treated equally.

Even if you aren’t into human rights, evidence shows that if we want growing economies, longer lasting peace, better health outcomes, and less food insecurity, fully including women and girls is a critical part of the equation no matter where you live. You can’t have effective aid, development, or growth without women.

More and more financiers of development seem to agree that women need to be more included and have created gender equality funds. The Gates Foundation, Canada, the US Overseas Private Investment Corporation (OPIC), and the European Union Spotlight Initiative are just a few examples. So, problem solved, right?

For someone like me, who has lived in places where child marriage, rape, and gender-based violence were normal and committed with impunity, any new focus on women and girls makes my heart swell, but I’m fairly certain it’s not enough. Throughout my career I have learned that when it comes down to it, it’s all about the money. And the more there is for a particular body of work, the higher priority it holds. And despite all the funds and fanfare about them, when you look at the funding levels compared to the need, the numbers are quite small. While these donors have stepped up in ways that many have not, I worry everyone will simply pat themselves on the back and say, “well, we figured that out” and move on.

To give my gut feeling some data and context, I compared gender equality funding levels to those of other development sectors, and I analyzed how well donors are integrating gender analyses in their projects based off of OECD gender markers. Most traditional donors report on their projects to the OECD with a “gender marker,” which says if gender equality was a principle or significant objective of the program.

For a principle project, gender equality is the main reason the project is being done. A significant project has another main goal besides gender equality, but makes sure that project still works for women. For example, an activity that is focused on providing drinking water to a community while ensuring that women and girls have safe and easy access to the water sources would be marked with a “significant” gender objective.

So now to dig into the data: First up, Canada has committed to a feminist international assistance policy and recently launched a new gender equality fund to support its work. It is unclear if the new fund, of which Canada will contribute up to CAD300 million ($228 million) is additional to their other official development assistance (ODA) funding, if it’s included in the funding they’ve already planned, or if it will count as ODA that has a principle gender marker. If you assume it is all three things, and add it to their ODA for programs with a principal objective of gender equality, their total annual funding for gender equality-focused programs will be $294 million or about eight percent of all Canadian foreign aid.

This puts Canada’s gender equality funding higher than their education funding, but lower than their health and government and civil society funding. With the large influx of gender equality funds, Canada is arguably saying that women are a high-priority sector. But if we look beyond those funds to try to understand if women are a priority across the board, their spending feels a little less feminist. Only about 50 percent of Canada’s total disbursed development assistance funding takes the needs of women into account (based on 2015 disbursed funding marked as principal and significant).

By comparison, their partner in feminist foreign policy—Sweden—reports that 87 percent of their ODA takes the different needs of women into account. For both Canada and Sweden these are self-reported figures, and say little about whether such programs are effectively meeting the needs of women, but having some gender analyses included in programs regardless of sector is at least a good indicator of change. So, how do others stack up?

Overall, in 2015 traditional donors gave about $4.6 billion in ODA to programs with a primary focus on gender equality. This sounds like a ton of money, and it is, but it only makes up about 5 percent of all aid given by those donors. In the same year, $12.3 billion was spent on refugees in donor countries (i.e., assisting Syrian refugees in Italy or Germany), $11.9 billion on governance and civil society programs, $8.8 billion on transportation, $8.1 billion on education, and $5.1 billion on agriculture. So from a funding perspective it seems clear that gender equality is a fairly low sectoral priority by comparison.

But shouldn’t gender equality be mainstreamed and included in all sectors because all sectors affect women? From my perspective, yes—but even when we look across sectors, only one-third of funding is reportedly “mainstreaming” the needs of women and girls, according to OECD reporting. This includes the $4.6 billion that is focused specifically on gender equality.

What about other forms of development finance? OPIC recently launched its 2X initiative, which will mobilize $1 billion to invest in women. It’s critical that all aspects of development finance, not just official development assistance, work to include women, and OPIC’s commitment is a positive step forward. However, $1 billion is a small slice of OPIC’s $30 billion portfolio, and since OPIC doesn’t report gender markers to the OECD like traditional donors do, we cannot tell if their other financing incorporates gender equality and women’s rights.

If the development finance community, which is growing in importance, is serious about ensuring women are not continually left behind, at least half of a portfolio should be focused on investing in them. Not to mention, their entire portfolio should incorporate gender analyses to ensure projects are not harming women. It could be argued that even more resources should go toward women since they face more barriers to financing and therefore may need more support. This stands not just for OPIC but for all development finance institutions and donors.

So while I’m excited for the recent steps forward, we still have a long way to go before I’m popping champagne and celebrating. At the current rate of progress, it is estimated that it will take 100 years until women are equals. If we want to speed up that timeline, we need to do more than treat women as a low-priority sector. 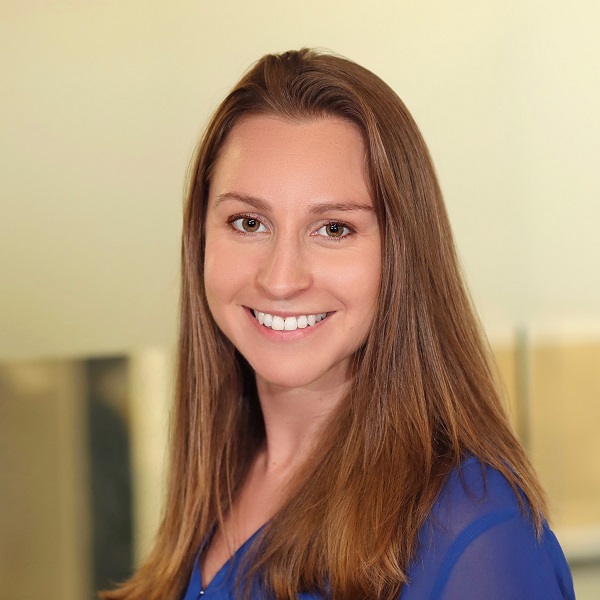 Aria Grabowski is a Policy Advisor for Accountable Development Finance at Oxfam America.