Who will champion the lives of women, girls, and gender-diverse people to help deliver Dignity for All?

This week’s fifth Democratic debate in Atlanta is a first for the 2020 election cycle. That’s because for the first time, the moderators—MSNBC’s Andrea Mitchell, Rachel Maddow, Kristen Welker and the Washington Post’s Ashley Parker—are all women.

Topics that some dismiss as “women’s issues” have rarely surfaced at the debates so far, despite the fact that championing the lives of women, girls, and gender-diverse people transforms our world for the better. Moreover, when any candidate talks about inequality, climate change, and other examples of America’s gravest challenges, I can’t help but think, “Do they understand how these issues affect our most marginalized citizens?”

An all-women panel of moderators is the perfect opportunity to focus on crucial issues of gender inequality. If I had the chance to join this powerful and accomplished group on the debate stage Wednesday night, these are the five questions I would ask:

1. Do you believe in fighting for the rights of women, girls, and gender-diverse people here in the US and abroad?

We’ve got to start with the basics. Do the candidates see gender inequality as one of the largest social issues of our time? Across the world, women and gender-diverse people are more affected by violence, discrimination, food insecurity, and climate change—all of which feed and drive the cycle of poverty. Will they stand up for the rights of those who buck norms and stereotypes and have been most marginalized? What are their thoughts on other intersecting identity-based issues that drive inequality, such as race, class, ability, nationality, and age?

2. What policies will you put in place that will directly uplift the lives of women, girls, and gender-diverse people?

Now let’s get down to business—what will you do? The next President has the ability to drive a national and international conversation on the importance of addressing gender inequality. They can lead the charge by working with Congress to develop policies that spur progress on closing the gender- and race-based wage gap, ending gender-based violence, and championing sexual and reproductive health and rights.

3. Will you reverse existing policies and initiatives that endanger their health and security?

Discriminatory policies like the Hyde Amendment and domestic and global gag rules that threaten sexual and reproductive health and rights must be dismantled. The State Department should disband its misguided Commission on Unalienable Rights and stop ignoring human rights violations that women and the LGBTI community face in its human rights reports. These policies do nothing but drive greater inequality for women, girls, and gender-diverse people—and affect those who identify as people of color even more.

4. What role do you see for men in working to combat gender inequality?

This question will challenge the candidates to think more deeply about gender—because gender inequality affects all of us, including men. Will they spur a national conversation around how men can be better allies in the fight against gender inequality and take up the cause in their homes, workplaces, and at the ballot box to create a world where greater diversity is celebrated?

5. Will you create an Office of Gender Equality and Women’s Rights at the White House led by a Cabinet-level Director?

Let’s see how far the candidates are willing to go, shall we? In order to make gender inequality a visible political issue and give power to finding collaborative and long-lasting solutions to it, we must have an office within the next Administration that is dedicated to it. Will the candidates agree? Many countries have women’s rights and gender equality ministries or other high-level officials responsible for representing the interests of women and gender-diverse people within the government. These structures deliver real results and such an office would ensure that the next President benefits from expert advice on the gendered impacts of policy-making.

These five questions cover a lot but are also just the beginning. What sorts of gender equality focused questions would YOU want to ask the candidates? With an all-women panel set to challenge them on November 20th, it feels like the perfect time to ask.

Learn more about gender equality and other issues that are part of Oxfam’s Dignity for All agenda and join our efforts. 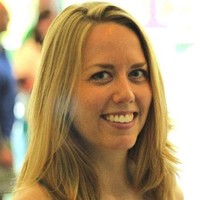