Syrian-Americans and Oxfam are working together to find the most effective support for those affected by the Syria crisis, and helping to ensure their voices are heard.

The Syria crisis is well into its 6th year with little hope for a political solution, as the numbers of people killed, displaced, and in desperate need of basic services continues to climb. Many thought this conflict would be a short-lived clash that would see resolution during the Arab Spring. However, a group of Syrian diaspora humanitarian organizations in the United States have had to come to the sober realization that there is still no end in sight and thus they need to get organized and ready themselves for a prolonged effort to save their fellow Syrians and homeland.

The American Relief Coalition for Syria (ARCS) is a coalition of 13 non-political, Syrian diaspora organizations that provide humanitarian aid inside Syria, as well as assistance and services to Syrian refugees in host countries in the region surrounding Syria and in the United States. Oxfam has worked with ARCS for a few years, but recently strengthened and renewed the relationship.

In 2015 alone, the organizations that make up ARCS collectively raised close to $52 million from almost all Syrian-American donors. These funds contribute to their work supporting 120 schools and 145 hospitals in Syria, among other programs. The coalition is working in Syria, Lebanon, Jordan, Turkey, Greece, and the US, where they are represented in 21 states and Washington DC. By pooling their talents and expertise, ARCS members offer diverse and complementary programs including providing food & clothing, shelter, medical aid, education, women’s development programs, refugee assistance, and sustainable giving programs. Together they have reached almost 5.7 million Syrians and Syrian refugees.

ARCS recently held a retreat at the Oxfam offices in DC. Much of the meeting covered practical issues like forming committees, updating by-laws and setting goals – which are all vital to forming the platform to join their passion, information, resources and humanitarian efforts to support Syrians affected by the crisis. 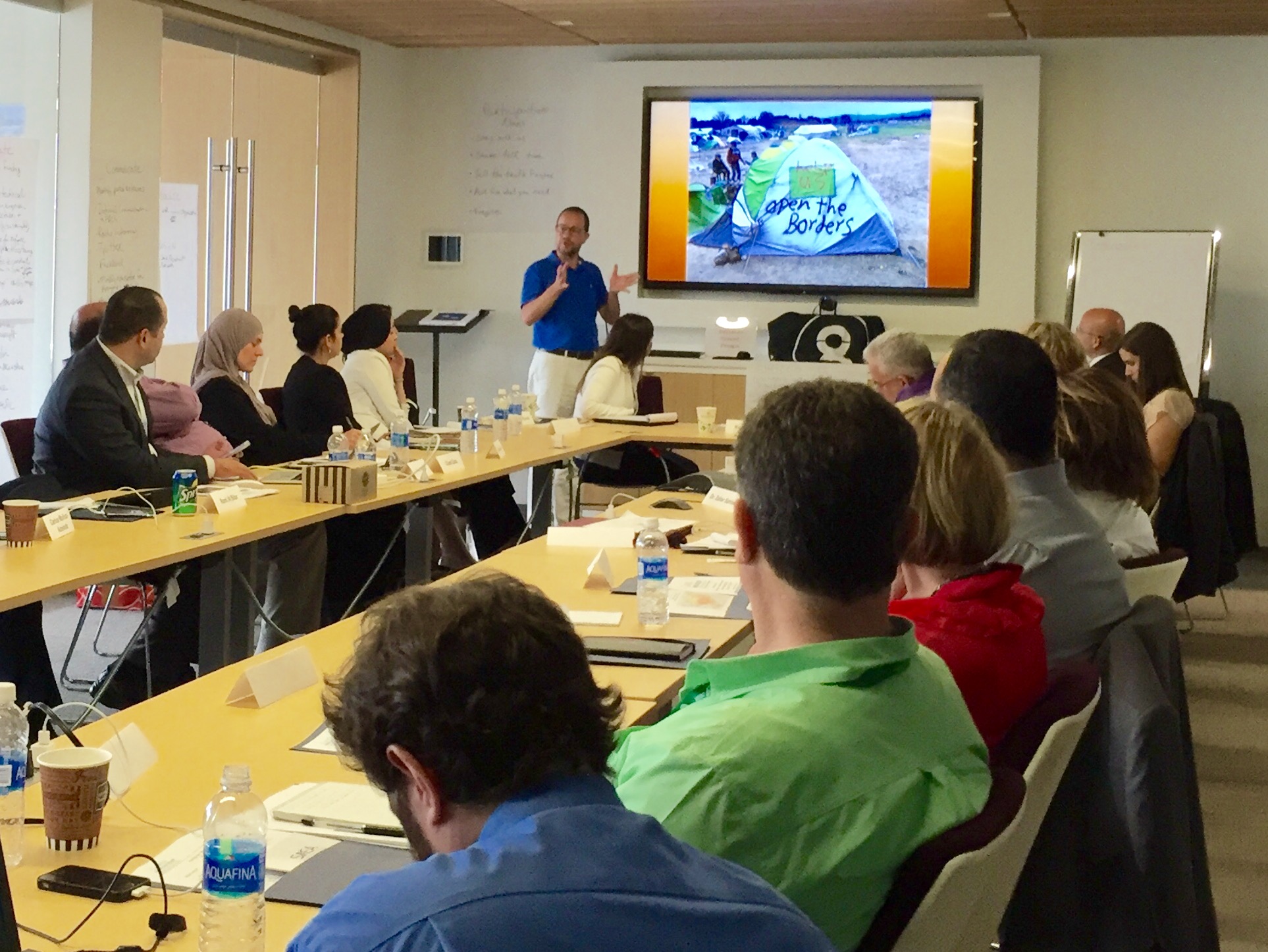 Dr. Zaher Sahloul, who represented the Syrian American Medical Society Foundation, one of the coalition organizations, noted that ARCS’ efforts are “not just a crisis response” and that he and others want to work together and participate in the rebuilding of Syria. He added that they also want to work with the US government, and can utilize their networks to raise awareness of the US’ work with the communities they work in.

Oxfam works with ARCS and other partners in conflicts and natural disasters because they have the best understanding of the context and what the most urgent needs are, and they have relationships and access to resources and to the communities they serve. It is also the right thing to do. People who are most affected by crises often don’t have enough power to make decisions and take the lead, but Oxfam’s partnership with a group like ARCS is a perfect example of working together using our different strengths to achieve more than we can apart.

Oxfam has the infrastructure and experience in organizing and advocacy, and brings the benefits of being a large international NGO such as resources and relationships with key players. ARCS offers programs for Syrians developed and carried out by those who know the language and culture, and who have strong relationships with the communities they serve in the region and abroad. This network gives a different source of information, insight and expertise – they bring the benefits of not being a large international NGO. The result is a sum that is greater than its parts and leads to a response that is more in tune with the realities of this crisis and can affect more change.

Like all things of course, it comes with some challenges. When describing the results of this last meeting and the process of formalizing the coalition’s work and partnering with Oxfam, Dr. Zaher said, “In order to cross the river, you have to feel the stones. It’s good to have another organization to guide you across, which is what Oxfam is doing. We must all trust that we all have good intentions and together we can reach the other side.”

Working together can lead to a more effective response which can save more lives and inspire hope for the millions whose lives have been ripped apart by this brutal conflict. Together we will cross the river to ensure they all receive the support they need and can someday return and rebuild, and that those who remain in America are welcomed and appreciated for their many contributions.