This originally appeared on Publish What You Fund’s blog. 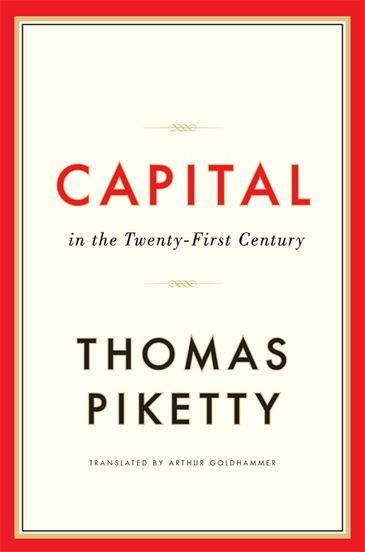 But why should Dr. Shah care about Piketty?

Because the book might help Shah bridge his two most significant contributions to the international development debate: fostering innovation and strengthening local institutions. Since Shah took over USAID in 2010, he has reestablished USAID as a leader on these two fronts but ironically, he has not yet found a way to bridge these two contributions. Piketty might help.

In his April 3 speech launching the Global Development Lab, Shah talked inspiringly about innovation, but he never mentioned his commitment to strengthening local institutions. Four days later, the New York Times profiled Shah for championing local institutions and directly confronting the old contractor-led model of development. But it never explained why this was an essential element of Shah’s relentless quest for innovation.

Shah should read Piketty because it reveals why American innovation and institutions are profoundly interdependent. It is when Americans get serious about regulating structural power that they unleash their individual power. Americans innovate because markets are well regulated by strong institutions.

Raj Shah needs to draw out this relationship more. When he champions “innovation” in the developing world, he needs to marry that story to strengthening the political institutions that allow innovation to happen.

I’m not sure that Shah really needs to read a massive tome to make this link. Piketty’s book is really about how unregulated capitalism will drive global inequality as long as the “dialogue of the deaf” between the right and left continues.

I cite Piketty in part because I think the development industry has its own “dialogue of the deaf”, and Shah has both halves of that dialogue in his ears, and in his brain. Development absolutists think poverty is a deficit of entrepreneurship and imagination. They believe we are just a few brilliant innovations away from “solving” extreme poverty. Development relativists believe poverty will always be with us and is fundamentally a deficit of power. They see poverty as structural inequity and believe it is the never ending task of institutions to regulate the power of the haves and the have nots. As an Oxfamer, I veer towards the latter, and have to remind myself to talk about the importance of innovation in development. Knowing Shah is a doctor and former Gates Foundation employee, I suspect that he has the opposite problem.

So enough of Piketty and polemics. How might the good Dr. Shah better articulate the interdependence of innovation and institutions?

Here’s how: Stop flirting with transparency, and get serious about it.

Transparency bridges his two worlds beautifully. It’s not just an innovation wonderland—it’s the lifeblood of democratic politics in every country where USAID works. Transparency is what allows all those local institutions that increasingly use US foreign aid to find “local solutions.” If everyone can track USAID money with new technology, then active citizens in those countries can hold their own institutions accountable.

In May 2010, Shah told an audience at USGLC to “expect extreme transparency” at USAID. Two years later, in 2012, USAID ranked 27th out of 72 donors on Publish What You Fund’s  Aid Transparency Index (ATI). A year later USAID had still only improved to 22nd out of 67 agencies in the 2013 ATI, whereas the Millennium Challenge Corporation is now ranked first globally.

This week Ministers from around the world, including Dr. Shah, are meeting in Mexico to discuss the progress made since the last High Level forum on Aid Effectiveness in Busan, Korea in 2011. And organizations in the US and abroad have called for accelerated progress on aid effectiveness.

I would love to see Dr. Shah issue a real challenge to other global donors, and commit USAID to improve its ranking in the 2014 ATI. If USAID gets into the top 10% of the ATI, that would sound a lot more like “extreme transparency” to me, and would demonstrate to the world that those two  profoundly American ideas—innovation and strong institutions—are alive, well, and finally married in the American development discourse.