“Cutting foreign aid to address the budget crisis is like getting your hair cut in an effort to lose weight.”

Everybody loves to pick on foreign aid. After all, unlike oil companies or defense contractors, poor people in developing countries don’t have high powered lobbyists making their case. But for that very reason, foreign aid offers some pretty slim pickings for budget cutters.

Last week, the Chair of the House Budget Committee, Paul Ryan, unveiled his budget for Fiscal Year 2013. Ryan’s budget cuts less from foreign aid than last years’ budget; in fact, the Ryan budget plan wouldn’t even balance the budget until after 2040. Yet it would still cut 15% from what the Obama administration said is needed to meet foreign affairs needs.

Many of these cuts would come from long-term investments in fighting poverty—the kinds of investments America needs to make now if we want to help countries solve their own problems and save us money down the road. Not only that, but these sorts of cuts pull the rug out from under people who want to work with the United States as partners to solve problems we care about, like poverty, violence, hunger, disease, and corruption. 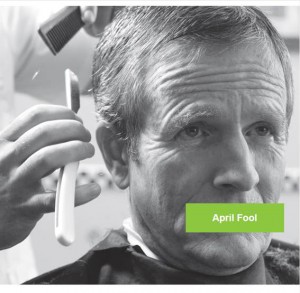 But even more damning than the penny-wise and pound-foolish nature of the cuts is the fact that they barely put a ding in the budget deficit. Check out the chart below: it shows that Ryan’s foreign affairs cuts would reduce the budget deficit by exactly 0.2%. In fact, if Congress eliminated the entire foreign affairs budget, they would have to do it more than thirty-two times in order to get anywhere near tacking the deficit. As Dr. Mike Tierney of The College of William & Mary says, “Cutting foreign aid to address the budget crisis is like getting your hair cut in an effort to lose weight.”

Small potatoes for Washington deficit math—yet devastating for poor people in the field who are grappling with poverty and injustice. Oxfam doesn’t take US government money, but we want the money US government invest in fighting poverty to do the most good. But the cuts Ryan proposes undermine those very programs designed to help poor people help themselves. How ironic that the advocate of the “opportunity society” has written a budget that focuses our small investments on feeding programs rather than investments to fight poverty.

But Ryan has already had trouble getting this budget even out of his committee; chances are, it’s going to be hard to get Members of Congress to endorse a budget blueprint that hurts poor people, hurts American interests, and doesn’t balance the budget until 2040. Ask your Representative to oppose these cuts and ensure that we balance our budget, our values, and our interest in helping make the world safer, fairer and less poor. 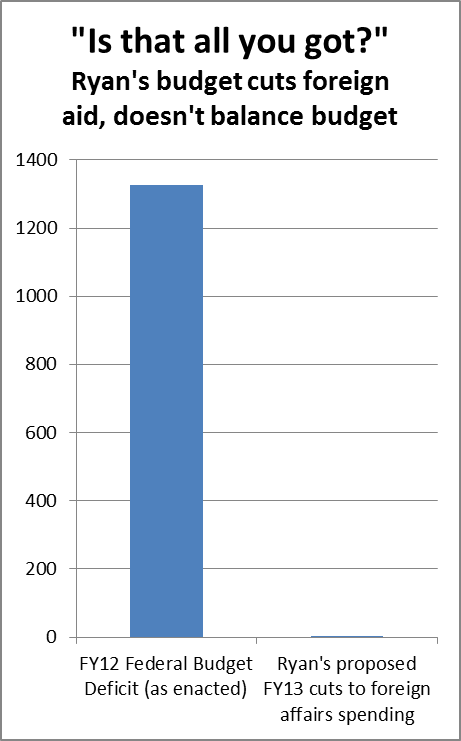