Since comedy is born out of adversity, shouldn’t up-and-coming comics in poor countries have lots at which to poke fun?

This is how Stand Up Planet is born.

In the film, Los Angeles comic Hasan Minhaj travels to India and South Africa to determine if comedy is truly universal, and whether it can be used as a tool to tackle some of the world’s most difficult and deeply-entrenched issues.

In India, Minhaj learns that over 50 percent of Indians defecate outside, resulting in 1600 kids dying each day in India of sanitation-related illnesses. In South Africa, he delves into the nation’s income inequality and AIDS crisis, visiting two very different neighborhoods and a male circumcision clinic.

Despite the issues in front of them, the comics Minhaj meets in Mumbai and Johannesburg tells us the story of people turning “problems to punch lines.” They represent the tremendous human potential that lies, often unlocked, in every place in the world.

The comics in the film tackle deep-rooted economic problems like sweatshop labor and even touchy historical topics like colonialism and racial injustice in a way that informs, inspires, and empowers. In the film, Aditi Mittal shines a light on gender discrimination in Mumbai and Mpho Popps counsels youth about protecting themselves from HIV in Johannesburg – all while making you laugh.

This hilarious and moving film challenges the narrative most often presented about the problems facing 80% of the world’s population who live on less than $10 per day. It tells the story of brave and forthright comics like Mittal, Popps, and countless other leaders using creative and enterprising problem-solving skills to make positive changes in their nations and neighborhoods.

Americans spend more on candy each year than the US government spends on poverty-reducing foreign assistance.

That’s right. Even though 81% of the US population believes we have “a moral responsibility to work to reduce hunger and severe poverty in poor countries,” the US federal government spends less than one percent of its budget on foreign assistance that alleviates suffering from man-made and natural disasters or that promotes economic growth in poor countries.

And to me, that is a total joke.

Watch the premier of Stand Up Planet on Wednesday, May 14 on PIVOT, Link TV, KCET-Los Angeles, or online.

Oxfam has partnered with StandUp Planet to tell Congress: No cuts to lifesaving, poverty-reducing foreign assistance. 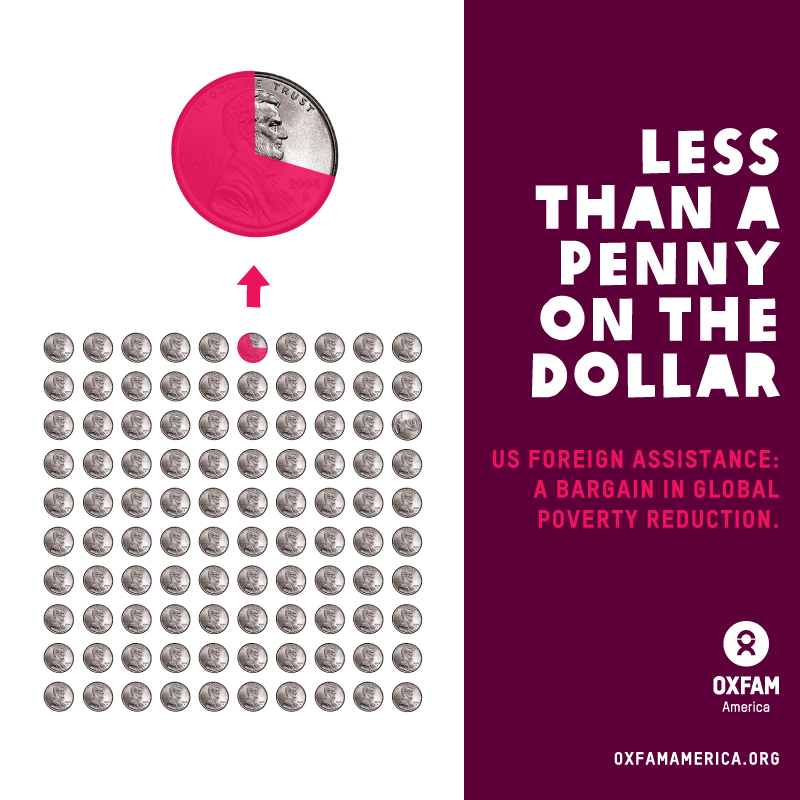