Global development leaders need better data to keep their eyes on the 1%. 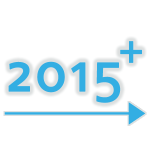 How should the world measure and address inequality for a post 2015 development framework?

This question was the focus of last week’s forum at the Center for Global Development. The event was timely, given the United Nations General Assembly is convening this week in New York, and an important discussion concerns what will supersede the Millennium Development Goals (MDGs) when they expire.

Keynote speaker Rebeca Grynspan told the audience last Monday that there isn’t a strong constituency for a standalone inequality goal among governments and high level officials. Instead, there’s greater energy for new targets that focus on closing the gap between groups – especially the gender divide and urban/rural inequalities. In this scheme, no national target would be considered met unless all social groups achieved them.

My take on this shift toward addressing so-called ‘horizontal’ inequalities is twofold. On the one hand—yes! Of course we should tackle disparity among groups that accounts for a great extent of inequality within countries. However, this feels like a bit of catch-up; ensuring progress was made among the most vulnerable should have been a fundamental component of the original MDGs.

On the other hand, an exclusive focus on horizontal differences ignores that what’s driving the world’s steep inequality problem comes from the exceptional gains made by a few at the very top, generally the 1% and fewer. As panelist Alex Cobham’s paper suggests, “inequality is in the tails.”

A post 2015 framework needs, at the very least, to monitor the growth of ‘vertical’ inequality in every country. As we know, high inequality makes it harder to fight poverty, retards sustained economic growth, and increases the likelihood of a range of social ills experienced by countries that are chronically unequal.

A starting point for addressing inequality in a post-MDG framework is an ambitious push for better data. Data may not be sexy on its own, but what we know about income, consumption, and wealth distributions is woefully poor (especially outside the OECD). International organizations, along with national statistics bureaus, should work to develop compatible cross-country surveys and tax measures so that citizens have a clear understanding of how wealth is distributed in their countries. In particular, given that inequality is driven by concentrations of wealth at the top, measures should regularly tell us how much of the national wealth is captured by every percentile within the top ten percent.