Transparency is essential for American taxpayers to see how foreign aid money is being spent, as well as for people like Emmanuel Saffa Abdulai and Alexis Nkurunziza in recipient countries who want to hold their own government accountable to maximize this funding. US foreign assistance agencies have made significant strides to be more transparent, but there’s still a ways to go on the heels of the 2013 Aid Transparency Index release, which ranked the US Millennium Challenge Corporation at the top.

Congress is looking to build on recent improvements to make data more transparent. Senators Rubio (R-FL) and Cardin (D-MD), along with Representatives Poe (R-TX) and Connolly (D-VA), introduced a bipartisan bill last July entitled the Foreign Aid Transparency and Accountability Act (S.1271/H.R.2638), which requires agencies to evaluate their foreign assistance programs, and to be more transparent by posting that data to the government’s dashboard, foreignassistance.gov. 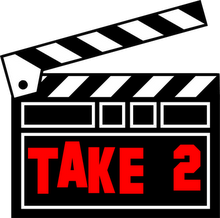 A nearly identical bill was introduced last Congress, and passed the House 370-0. Unfortunately, the Senate let the clock run out before passing these critical reforms. This week, they’re getting a second chance when the Senate Foreign Relations Committee takes up the Foreign Aid Transparency and Accountability Act on Wednesday afternoon.

“They probably don’t appreciate how important this is,” Hon. Albert Kan-Dapaah, co-founder and executive director of Financial Accountability & Transparency-Africa, told us in August. Kan-Dapaah is not only a former cabinet minister and chair of the Public Accounts Committee of the Parliament of Ghana, he began his career as a chartered accountant. He explained further:

“Finding out that $10 million USD was allocated for a bridge over a certain river is a very powerful tool.”

The Administration has issued important guidelines to help increase transparency and accountability for foreign assistance programs through the President’s executive order announced last May and bulletin produced last fall. The Foreign Aid Transparency and Accountability Act is critical to making sure that these commitments to evaluating programs and publishing the results are long-lasting, legally binding, and can’t be overturned at the whim of the next Administration. This bill would also codify key international commitments such as the Open Government Partnership (OGP) and International Aid Transparency Initiative (IATI).

Failure to pass this bill again would send a clear signal to recipient countries that we don’t care how our aid dollars are spent. Is that the kind of message we want to be sending overseas? Rather, in this tight budget climate, we need to know that every dollar is being spent as efficiently as possible. More transparency and better evaluations will help us maximize results.

The Foreign Aid Transparency and Accountability Act will help people like Albert Kan-Dapaah get results too. He describes,

“We need this data for a better understanding of the aid flows into Ghana, so that we can use it to provide more scrutiny of our government…[It’s] what’s needed to trigger checks and balances.”