Some food companies are more opaque than others.

Frank Mechielsen is the Private Sector Lobbyist at Oxfam Novib.

Do the Top 10 companies featured in the Behind the Brands Scorecard have transparent policies? Do they share their practices with the public? 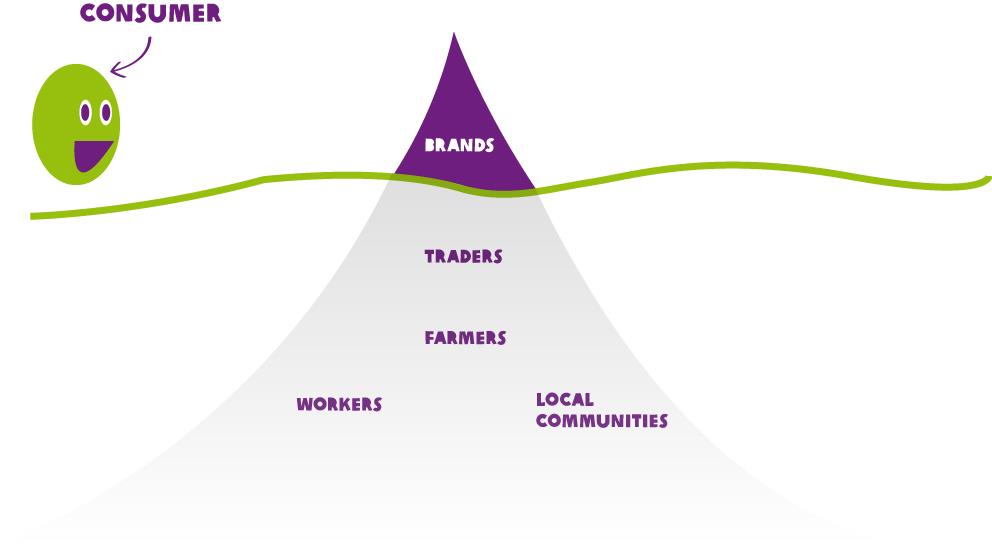 It is not easy to look beyond the tip of food system’s iceberg, to see how the farmers and workers produce our favourite brands. Who has produced the NESCAFÉ which I drink? Where do the coffee workers live who harvested the coffee beans? Which trader sold them to Nestlé? To whom did the cocoa farmers produce and sell their cocoa beans? What price did they get?

But Oxfam found in the Behind the Brands scorecard process that some companies are more transparent about their sourcing than others.

I was positively surprised that Mars, a private company, is relatively open about its sourcing volumes and buying agents. As a family corporation, Mars does not have shareholders peeking over its shoulders. Only Unilever is more open about the volumes of tea, palm oil, tomatoes, and other commodities it buys. And Nestlé is more transparent about the sourcing countries.

I was also impressed by Danone, which gets its highest thematic score of 6 on transparency. It is number two of the Big 10. The policies of Danone related to women, farmers, and land are weak, but at least the company is becoming more transparent about their sourcing because of their recently published forest footprint policy.

On the other end, it gets murky. We find General Mills with a score of 2 and Associated British Foods with a score of 3 on transparency. General Mills provides information about the volumes of palm oil only and disclosure about buying agents is limited to one cane sugar supplier. Associated British Foods does inform the public about the volumes of palm oil and sugar it buys, but no further information about the sourcing volumes of other commodities.

Oxfam also looked for evidence of food companies’ transparency in their lobbying activities. The European Transparency Register is a voluntary initiative for companies to provide some information about their political activities.  Neither General Mills nor Associated British Food report in Europe on their lobby activities and, according to the Global Reporting Initiative, are less transparent about their corporate reporting than most of the Big 10.

It’s what can’t be seen under the water that is dangerous. Food companies, more clarity required.

This post by Frank Mechielsen is part of a Behind the Brands blog series on Politics of Poverty that examines the seven issues relating to poverty and big food companies’ supply chains. Read more on land, women, farmers, water, workers, and climate change!