Political will to support the treaty begins on June 3.

Assistant Secretary of State, Thomas Countryman, made a statement last week that the US will sign the Arms Trade Treaty (ATT) in the very near future. He made it during a panel I was honored to speak on hosted by the Atlantic Council entitled, “What’s at Stake in the UN Arms Trade Treaty.” The panel also featured remarks by Retired Major General D. Allen Youngman, who represents small arms manufacturers, and David Bosco of Foreign Policy Magazine. 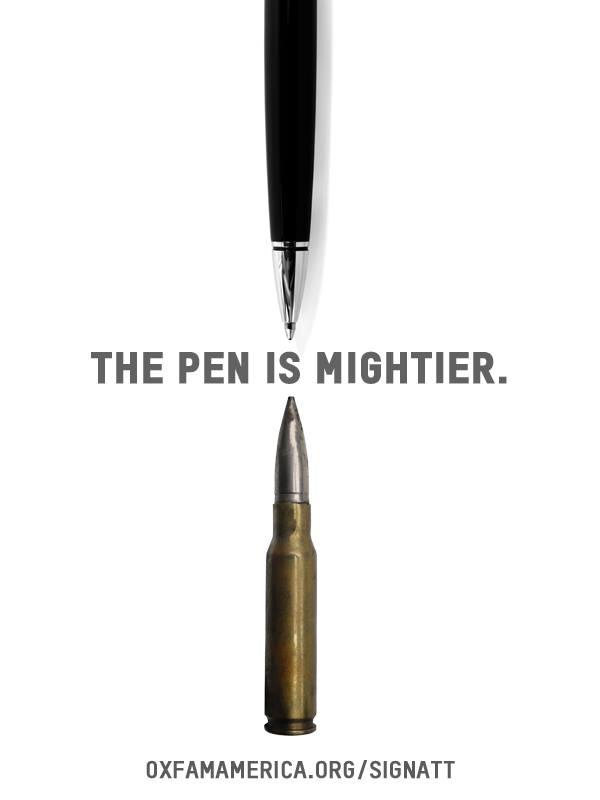 Assistant Secretary Countryman chose his words carefully and made clear that he could not commit the US to signing the treaty the day it opens for signature on June 3. But the debate among us on the panel that day underlines why signing the treaty on June 3 is so critical.

The panel focused on the question of whether the ATT would actually change anything. The critique I heard went something like this: because the ATT leaves it up to State Parties themselves to determine whether an arms transfer is appropriate in the context of the treaty guidelines, the treaty is unlikely to change behavior.

I am not going to argue that this critique has no merit; the treaty offers the world great promise only if governments have the political will to follow its terms. My colleagues at the Control Arms Campaign recently published a document succinctly explaining what the treaty does. The treaty establishes high global arms trade standards and states that certain arms transfers are never appropriate. The treaty will stigmatize arms transfers that would facilitate atrocities or other human rights abuses. Governments, regardless of whether they are a party to the treaty, will be compelled to follow the treaty standards or face international condemnation.

In addition to the stigma placed on certain arms transfers, the treaty’s standards are enforced by a requirement that States “take appropriate measures to enforce national laws and regulations that implement the provisions of this Treaty” and that States meet to discuss implementation and raise concerns. Many States see international arms transfers as a legitimate means of protecting themselves, their allies, and civilians. Such decisions are considered a sovereign right and most countries were unwilling to delegate that decision to any other actor or court.

Given this reality, implementation and enforcement of the treaty is dependent on the political will of State Parties to the ATT. It is up to all of us—both civil society and governments who support the treaty—to ensure that countries implement the treaty in a way that helps save lives and serves as part of the foundation for greater prosperity. Responsible implementation of the treaty must be compelled through local civil society calling on their own governments to act, international civil society naming and shaming those who violate the treaty or fail to implement provisions, and by State Parties strongly encouraging other countries to abide by the treaty and providing leadership by example.

Because the success of the treaty is dependent on political will, the opening day of signature, June 3, is of immense importance. Many countries who are skeptical of treaty will be closely observing the events of June 3 to see which States are willing to demonstrate their intent to be bound by the treaty and champion its provisions.

The United States is the world’s largest arms manufacturer and exporter. It is also the country with arguably the most advanced system of arms export controls. As with most international norm building exercises, most eyes will be focused on the actions of the United States.

The US provided strong leadership in March by taking the extraordinary step of co-sponsoring the ATT resolution in the UN General Assembly and breaking the block of Syria, North Korea, and Iran. But US leadership must not end there. I definitely agree with my fellow panelists that treaties without action are worthless words on a piece of paper.

So sign the treaty on June 3, Mr. President. Help the US take the first step towards the treaty living up to its ideals.