Mixed messages from President-Elect Donald Trump’s team still leave us with unanswered questions about the future of USAID and State Department programs on women’s empowerment and gender equity.

The international development community has been anxiously waiting to see what the Donald Trump presidency and the potential nomination of former ExxonMobile CEO, Rex Tillerson, as Secretary of State will mean for the United States’ contribution to international development efforts. US government-funded women’s empowerment and gender equity programs are especially important in bringing about effective and fair development around the world, but little is known about whether the new Administration will continue the crucial women’s empowerment work the United States Agency for International Development (USAID) and the State Departments does.

Before the December holidays, several news outlets reported a request of information on programs and positions that work on gender equity at the State Department and USAID by the Trump administration.  Although there isn’t any evidence on what the administration intends to do with the information they received, many, including Senator Jeanne Shaheen (D-NH), found the request worrisome and as a signal that these programs and positions may be cut by the new administration.

This unease led Senator Shaheen to focus some of her questions during today’s Secretary of State Confirmation Hearing on women’s empowerment and gender equity programs. After she described the administration’s request for information about these programs and positions as “chilling,” she asked Tillerson about his thoughts on women’s empowerment programs. Tillerson, who has previously been recognized by the United Nations Foundation for ExxonMobil’s work in women and girls’ economic empowerment,  agreed with their importance especially around economic empowerment programs for women, stating that, “There are[sic] study after study to confirm that when you are empowering women…you change the future of the country…”

When Shaheen followed up by asking if he would continue these types of programs, he stated “Yes ma’am. I think it is an important part of all of our foreign aid efforts, whether it’s by USAID or through opportunities that we have in more structured ways.”

I hope Rex Tillerson’s statement is a more accurate signal of how the Trump administration will approach the integration of women’s empowerment and gender equity in United States development work.  Between 2009 and 2011, USAID supported the school enrollment of 84 million girls and continues to do so with the Let Girls Learn initiative. USAID is also working to address gender based violence in 40 countries across the world, and has trained 75,000 Afghan women to strengthen women’s organization, and increase women’s participation in the economy and the number of women in decision-making positions. In Kenya and Nigeria, USAID has brought internet access to 600,000 young women. These are just some examples of how the United States development and foreign affairs agendas have advanced the rights of women and girls across the world, and the Trump administration must not only continue, but expand on these efforts. 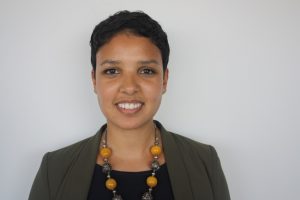 Rebecca Rewald is a Gender Program Advisor at Oxfam America.